The Indigenous People of Biafra (IPOB) said the presidential candidate of the Labour Party (LP), Peter Obi, is wasting his wealth and vast knowledge by contesting to be president in Nigeria. 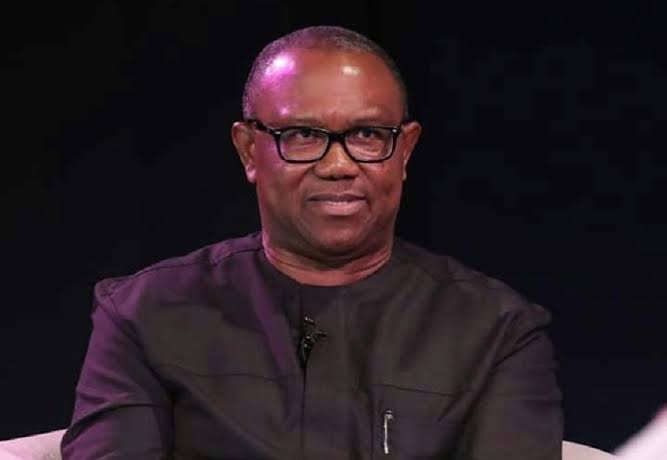 IPOB stated this while reacting to a statement by popular Islamic cleric, Sheikh Ahmad Gumi, that the group’s agitation in the South-East has slowed down since Obi emerged as LP presidential candidate.

In a statement by the Media and Publicity Secretary For IPOB, Emma Powerful, the group maintained that Biafra could not be compromised for Nigeria politics.

Powerful said “any Biafran who comes out and joins the election process under Nigeria has publicly proven that he or she is not in the same ideology with IPOB.”

He added that “If Peter Obi knows IPOB and its aims and objectives, he wouldn’t have come out in the first place to contest to waste his wealth and vast knowledge.”

The statement reads, “The attention of the global family and movement of the Indigenous People of Biafra (IPOB) under the command and leadership of our great leader Mazi Nnamdi KANU has been drawn to the unguarded statements from the demented, controversial Islamic clerics and fundamentalists Sheikh Gumi alleging that IPOB agitation has slowed down in the South Eastern Region since Peter Obi picked up the tickets from Labour Party for presidential race in Nigeria.

This purported statement attributed to this Northern terrorists spokesman shows the level of cluelessness and uninformed he is about IPOB movement and its activities.

Sheikh Gumi must understand that IPOB is not in the same page with him and his terrorist cohorts ravaging the North and beyond.

We understand that some unscrupulous elements in Nigeria especially fulani elements were thinking that Peter Obi who is among those running the race to become Nigeria President would affect us or change our decisions to pursue the freedom of our dear Nation Biafra.

The fulani terrorists government and their collaborators are dreaming. IPOB are not capitulating in this fight to Iiberate Biafra from the dungeon that British caged us with fulani in this contraption packaged as a country Nigeria.

Terrorists Sponkesman, Gumi hatred and bloodsucking mentality against Biafra restoration beclouded his reasoning and could not allow him to see beyond his nose. Let him be informed that IPOB has engaged in world class standard freedom fighting which has successfully brought us thus far. We have covered the most rocky part in this struggle and no doubt that freedom of Biafra is certain.

We must restore the Kingdom of God on Earth where of course our friends (Aboki Biafra, Awon óre Biafra) are free to migrate to and enjoy modern day Freedom and Fundamental human Rights in practical terms in Africa. The British Colonial Masters haven studied the history of creativity and ingenuity of Biafrans decided to frustrate our civilization by forming unholy and retrogressive union with normadics.

That’s why people like Shaikh Gumi who ought to be in the forest with cows is seen as one of the Nigerian elites. But Chukwuokike (God the Creator) brought Mazi Nnamdi Kanu and IPOB to free His children from shackles of backwardness that Britain has put us into for many decades.

IPOB does not engage with any shambolic selection process they call “Nigeria election” and we are not interested in their fraudulent ways of selecting the president of Nigeria because we do not recognise Nigeria as a Sovereign State deserving our allegiance and loyalty.

We have said it before now that IPOB does not know Peter Obi and Peter Obi does not know IPOB. If Peter Obi knows IPOB and it’s aims and objectives he wouldn’t have come out in the first place to contest to waste his wealth and vast knowledge, talent and wisdom endowed experience which God Almighty (Chukwu Okike Abiama) gave and blessed Biafrans with in the Zoological Republic.

Therefore for Peter Obi to have come out to contest for Nigeria president is an indication that he is not on the same page with IPOB. But people should not equates him with IPOB agenda, they can say any other thing about him not Biafra agitation.
We can never slow down agitation until Biafra comes.

Any Biafran who comes out and joined the election process under Nigeria has publicly proven that he or she is not in the same ideology with IPOB. Fulani people should stop dissipating their energies on what is not obtainable anywhere in the world.

In view of this, the Nigeria Government approved legitimate Terror Industry Captain, facilitator and advocate like Gumi should distance himself on issues he knows nothing about and concern himself with latest strategic formats available to burry Nigeria terror-wise.

The most important political process that IPOB is interested in and would overwhelmingly participate in would be an International Community Supervised Referendum on Biafrans choice to stay or exit Nigeria.

Finding one’s way into public office, stealing public funds and using same to intimidating and buy shameless, dishourable delegates as if they are in “SLAVE AUCTION MARKET” and subsequent votes naming that “those that understands politics” will be unacceptable in the Nation of Biafra. Nigeria election is a scam and despicable hence IPOB is not interested with Nigeria kind of politics… God forbid!

Biafra is something you would not understand how it will emerge because Elohim is paddling the movement through volunteered wise men and women who are intellectuals and not those speaking from both ends of their mouths.

Biafra agitation/movement is intact and nothing will change our resolve towards this fight to achieve Biafra freedom through a peaceful nonviolent globally accepted practices, therefore no right thinking person should take the character like Gumi a terrorist negotiator and his terrorism venture seriously.

KanyiDaily recalls that IPOB had also warned the presidential candidate of the New Nigeria Peoples Party (NNPP), Rabiu Kwankwaso, to stop linking Peter Obi to them. 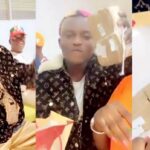 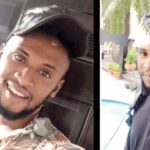