Nollywood actor, Yul Edochie, has offered to help his homeless colleague, Kenneth Aguba Jideofor, who went viral on social media after he was pictured sitting in a littered and dilapidated building. 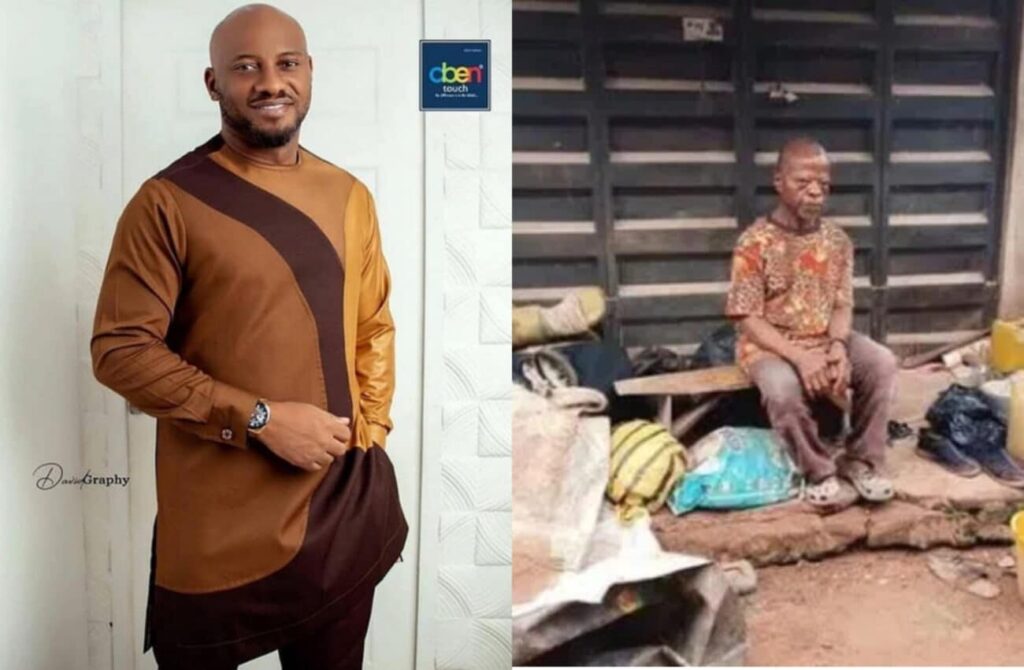 A Twitter user shared a picture of Aguba who was alleged to be living in an open shelter, opposite a closed shop, with various cooking utensils which belonged to him.

“Veteran actor popularly known as Aguba is reportedly homeless. The place shown in the photos is said to be where he currently lives,” the tweet read.

The picture was received with mixed reactions as many users criticised the Actor’s Guild of Nigeria (AGN) for allegedly failing to take good care of its members.

Reacting to the pictures in a tweet, Edochie said it was a “small matter”, adding that the veteran actor should post “his account details online” so that people can crowdfund for him.

He wrote, “This one is a small matter. Me I don’t believe in too much talk or time-wasting. Just get him to do a short video calling out his account details and post it online. We’ll do crowdfunding for him. He’ll never lack anything again.”

READ:  Husband Calls Wife On Phone To Listen As He Slaughters All Their Four Sons Like Sheep, Just To Upset Her

This one na small matter.
Me I don’t believe in too much talk or time wasting.
Just get him to do a short video calling out his account details and post online.
We’ll do crowd funding for him.
He’ll never lack anything again. https://t.co/kTJRFoQeh1

KanyiDaily recalls that Yul Edochie had recently taken to social media to rain curses on people who he claimed are wishing death upon his family.

READ:  "No Rental, No Co-owners" - Drake Says As He Shows Off His New Private Plane [Photos/Video]