The Academic Staff Union of Universities (ASUU) has resolved to roll over its ongoing six-month-old strike into a “comprehensive, total and indefinite” industrial action. After 196 days of being on industrial action, ASUU extended the strike following the National Executive Council (NEC) meeting at the union’s headquarters at the University of Abuja on Monday, August 29.

However, in a statement issued at the end of the NEC meeting on Tuesday, ASUU president, Prof. Emmanuel Osodeke disclosed that the union has decided to embark on an indefinite strike because none of its demands has been satisfactorily addressed by the government.

ASUU accused the government of being dishonest and deceitful in its dealings with the union, insisting that the purpose of its strike action is to “save public universities”.

The statement partly reads, “NEC observed with regret that the Union had experienced a lot of deceit of the highest level in the last five and half years as the Federal Government of Nigeria (FGN) engaged ASUU in fruitless and unending negotiation without a display of utmost fidelity.

“NEC noted that ASUU and other well-meaning Nigerians have expressed serious disappointment by and consternation on the attitude of the Government conveyed by the Minister of Education, Mallam Adamu Adamu, who had deliberately misinformed the public and reduced the current struggle of ASUU to the payment of withheld salaries, claiming that all other contentious issues had been resolved.

“For the avoidance of doubt, however, none of the issues that forced our Union to resume the suspended strike as listed in the December 2020 FGN-ASUU Memorandum of Action (MoA) has been satisfactorily addressed by the Government to date.

“NEC was utterly disappointed in agents of Government, especially the Minister of Education, for the deliberate falsehood and misrepresentation of facts aimed at scoring cheap political gains.

READ:  Anambra Govenor, Willie Obiano Placed On EFCC Watchlist Ahead Of His Handover

“It is disheartening to imagine that a Minister whose responsibility it is to resolve the crisis can overnight turn round to lead in this ignoble enterprise of distorting facts and misleading Nigerians.

“The disdain with which the Minister of Education handled questions about the ongoing ASUU strike at his distasteful Press Conference on Thursday, 18th August, 2022 lends credence to the widespread suspicion that the current Government never believed in saving public universities from the misfortunes that have befallen Nigeria’s public primary and secondary schools

“In view of the foregoing, and following extensive deliberations on Government’s response to the resolution of 14th February, 2022 so far, NEC concluded that the demands of the Union had not been satisfactorily addressed.

“Consequently, NEC resolved to transmute the roll-over strike to a comprehensive, total and indefinite strike action beginning from 12.01a.m. on Monday, 29th August, 2022. ”

KanyiDaily recalls that ASUU had recently expressed optimism that the union will suspend the ongoing strike if the federal government agrees to its demands. 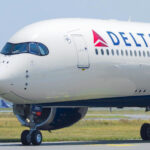