Popular Nigerian singer, Davido has been spotted for the first time with his alleged 2-year-old son, Dawson, whom he had with a UK-based makeup artist, Larissa Yasmin Lorenco, also known as Larissa London. 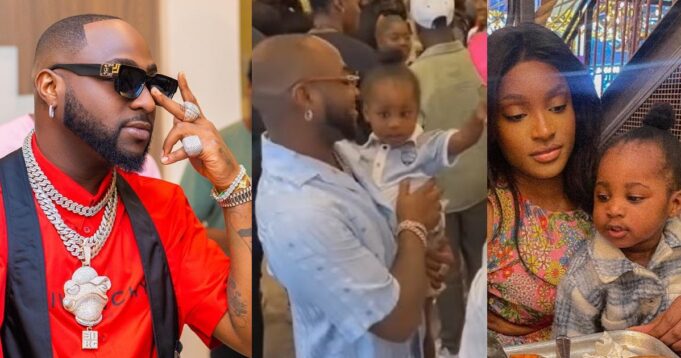 Davido And His Son, Dawson with Larissa London

KanyiDaily recalls that in 2020, Davido allegedly welcomed a child with Larissa London, an Angolan-born makeup artist living in the United Kingdom.

It was gathered that Larissa has been in Davido’s life since the year 2017, despite his relationship with his former fiancee, Chioma Rowland.

Chioma was said to have moved out of Davido’s house in 2020, due to his cheating scandal and the emergence of the fourth baby mama.

Last year 2021, Instagram blogger, Cutie Julz reported that Davido took Larissa and her son for a DNA test in the UK, and it showed that Dawson is his biological son.

READ:  "Will You Vote For Me If I Buy Presidential Form?" - Naira Marley Asks Nigerians

The singer, who has never acknowledged the boy on social media, has finally made a public appearance with him in London.

Davido attended a church service with Dawson on Sunday, August 7, 2022.

The singer, who is known to always flaunt his kids and publicly shower them with love, is yet to speak about the boy who netizens claimed resembles Davido’s second daughter, Hailey.

KanyiDaily recalls that Davido had revealed the type of woman he would love to date after his alleged breakup with Chioma Rowland, the mother of his first son.

READ:  Reactions As Yul Edochie Gets Ready To Spill Real Reason For Taking A Second Wife 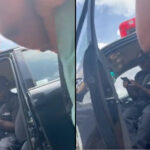