The Academic Staff Union of Universities (ASUU) said President Muhammadu Buhari should have used the recovered $23 million Abacha loot to end the ongoing strike if his government loves education. Last Tuesday, the federal government and the US reached an agreement to repatriate a new batch of funds looted by Sani Abacha, the former Nigerian head of state.

Abubakar Malami, minister of justice and attorney-general of the federation, said the recovered loot $23m has been earmarked for the completion of the Abuja-Kano road, Lagos-Ibadan expressway and the Second Niger Bridge.

Reacting to the development during an interview on Channels TV, ASUU President, Emmanuel Osodeke said if the government loves education, it would have used the $23 million Abacha loot to meet the demands of the striking lecturers.

Osodeke said, “Definitely. Let’s use a typical man as an example, you have a house and your child is sick seriously and you were paid money that you were not expecting. Where will you put the money?”

“That child should be the first thing you will treat. Is it not? Before you will start thinking about how you are going to buy clothes.

“Your universities are shut for six months. You now have access to a fund you were not expecting, If you really love education, where should you put the money? In that particular place. They said they don’t have money. We need to love this country.”

Reacting to reports that ASUU had stopped negotiations with the government, Osodeke said: “In Nigeria, we have so many media — social media and what have you. They just release issues just to get popularity. We never said so. We are open to negotiations and invitations as a union.”

READ:  Four States Atiku Claims Were ‘Stolen’ From Him By Buhari During 2019 Presidential Poll 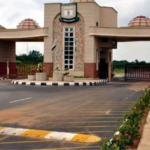 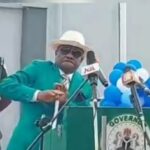