A Thursday morning tanker explosion along the Lagos-Ibadan expressway has left ten (10) persons burnt to death. 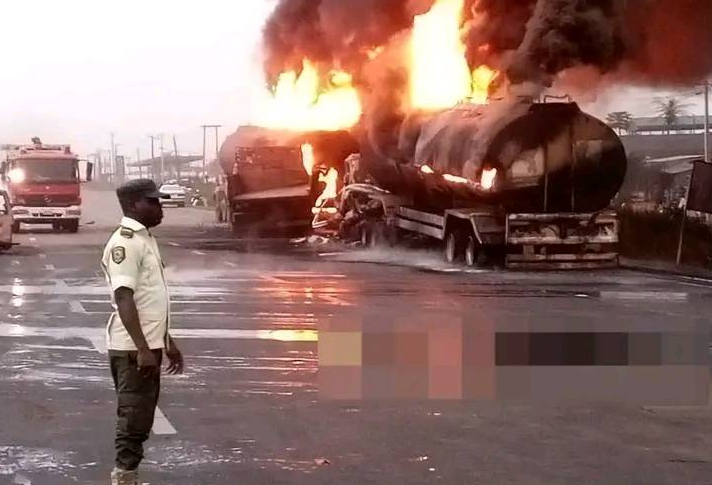 The explosion occurred around Conoil before Sagamu interchange axis of the highway.

This was confirmed by the Spokesperson of the Ogun sector command of the Federal Road Safety Corps (FRSC), Florence Okpe.

Okpe said the ten persons were burnt beyond recognition.

Okpe blamed the accident on speeding on the part of the Iveco truck’s driver.

According to her, the driver of the speeding Iveco truck had lost control of the wheels and rammed into the tanker which resulted in the fire outbreak due to leakage.

Okpe added that the Mazda bus was engulfed by the fire.

“The suspected cause of the multiple crash was excessive speed which led to lose of control on the part of the Iveco truck and smashed the tanker body which resulted to fire outbreak due to leakage.

“The Mazda bus got engulfed in the spark of the fire”, Okpe said.

She added that the burnt bodies were taken to Olabisi Onabanjo University Teaching Hospital (OOUTH), Sagamu.

Okpe quoted the Sector Commander FRSC Ogun Sector Command, Ahmed Umar to have commiserated with the family of the victims after visiting the scene of the incident.

She also quoted Umar to have advised motorists to drive cautiously, obey traffic rules and regulations as well as considering each other while driving.

Meanwhile, Kanyi Daily reported that 17 people died, with 14 others burnt as petrol tanker collided with vehicle on Lagos-Ibadan expressway. 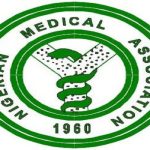