Hollywood actor, Jamie Foxx has been denied entry by security when he pulled up at the 30th birthday party of popular female rapper, Cardi B.

It was gathered that the 54-year-old actor was turned away because he had too many guests with him and they didn’t have a section available for him at the birthday party which was held on Tuesday night, October 11, at Poppy nightclub in Los Angeles, California.

A video shows Foxx pulling up to the venue in his white Rolls Royce and changing from his driving shoes to party shoes before photographers swarmed him. He then moved to the gate with a group of 4 to 5 men.

After spending a few moments standing in front of the gate, the Oscar Award-winning actor walked away and someone affiliated with the club asked why the hell they rejected ‘Mr. Life of the Party’.

READ:  Woman Turns Into A Goat After Being Forced To Pick Money She Dropped On The Floor [Video]

Foxx played it cool, not saying a word, but the bouncer soon realized he had made a terrible mistake and ran out to the street, telling the actor it’s cool for him to enter.

According to TMZ, no one knew the actor was attending the event. Foxx reportedly “had 10 people with him and they didn’t have a section available for him.”

Sources said the actor was initially turned away because he had too many guests with him, but he handled the situation well, and there are no hard feelings between him and the host.

Jamie Foxx Was Denied Entry At Cardi B’s Birthday Party & Made The Workers Keep The Same Energy After His Exit pic.twitter.com/teVfeHplDn

Meanwhile, popular American singer, Britney Spears has made several allegations against her father, Jamie Spears, for treating her “less than a f–king dog”.

READ:  Dwayne Johnson Surprises His Cousin and Longtime Stunt Double - Tanaoi Reed, With a Truck Gift That Moved Him To Tears 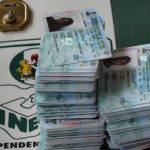 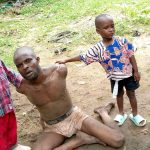