The Spokesperson for the Peoples Democratic Party (PDP) presidential campaign council, Dino Melaye has demanded an apology from the presidential candidate of the Labour Party, Peter Obi, over the “unwarranted” outburst against him. 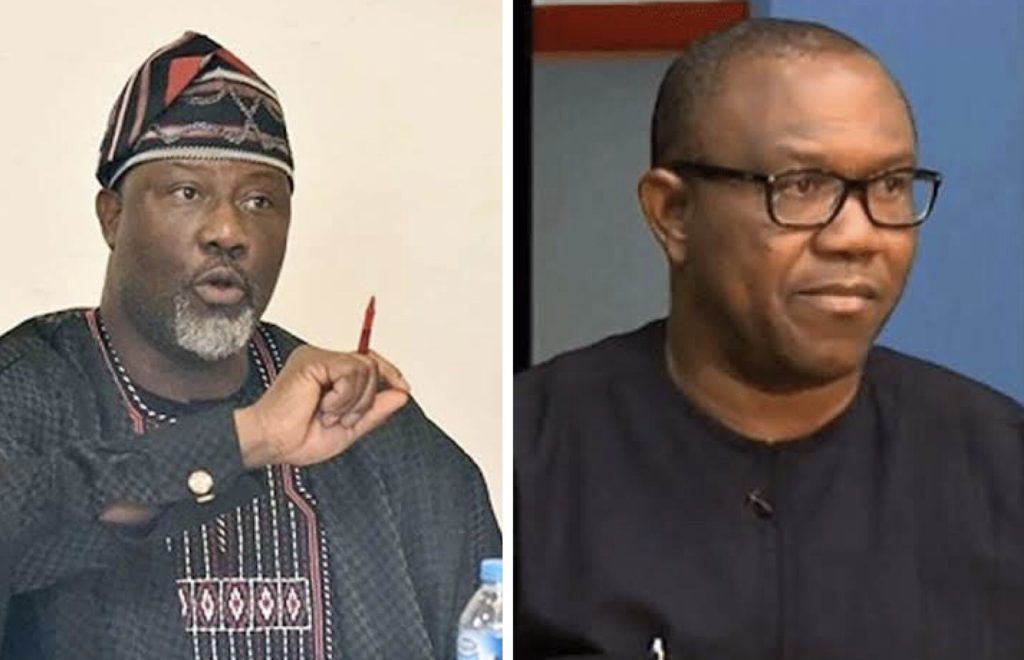 KanyiDaily recalls that the former Anambra governor tackled the ex-lawmaker on Sunday during the presidential town hall meeting organized by Arise TV, held at Transcorp Hilton in Abuja.

Trouble started after Melaye made false claims against Obi, and the LP presidential candidate snapped at the PDP spokesman and warned him about making false utterances against him.

Reacting to the outburst in a video on Monday, Melaye said he “did not do anything to” Obi, stressing that the LP candidate must apologize to him because a person vying for Nigeria’s President must be calm.

“He was not provoked, I was seating far opposite the top seat where they were sitting. I didn’t mention his name. And I was really surprised to see that type of outburst from a presidential candidate.

“Is that the type of president he is going to make? Just taking on people and showing unpresidential characteristics?

“I didn’t do anything. So that outburst is unwarranted, very unpresidential, unacceptable of a leader.

“A leader must be matured. One who wants to govern this country must be accommodating, must have a lot of patience, must have perseverance. These are basic characteristics of leadership anywhere in the world,” Melaye said in a video shared on his Twitter page.

He said a contestant for the presidency could not be reacting in such a manner in the public, adding that his outburst shows he can slap his Aide-de-camp (ADC).

“You want to be President of Nigeria and you are reacting in such a manner in public? This one will slap ADC for office as president. So I want to clear the air, there was nothing, I didn’t do anything to him,” he said.

Melaye went further to say Obi was “so provoked” and carried away by the performance of Governor Okowa, adding that the LP candidate should be calm like the Delta State Governor.

“He was so provoked and so carried away by performance of Governor Okowa that he was saying that somebody outside is from ANPP. Does that make any sense, is there any party like the ANPP in Nigeria today?

“Next time when you want to go for a debate, be as calm as Governor Okowa…but that was very unpresidential and I deserve a serious apology,” he said.

KanyiDaily recalls that Dino Melaye said Peter Obi is a fantastic person but does not stand a chance of winning the 2023 presidential election. 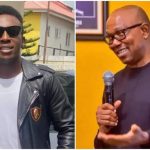 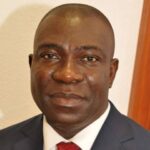