Fire has razed the department of the National Open University Of Nigeria (NOUN) in Dutse, Jigawa State. 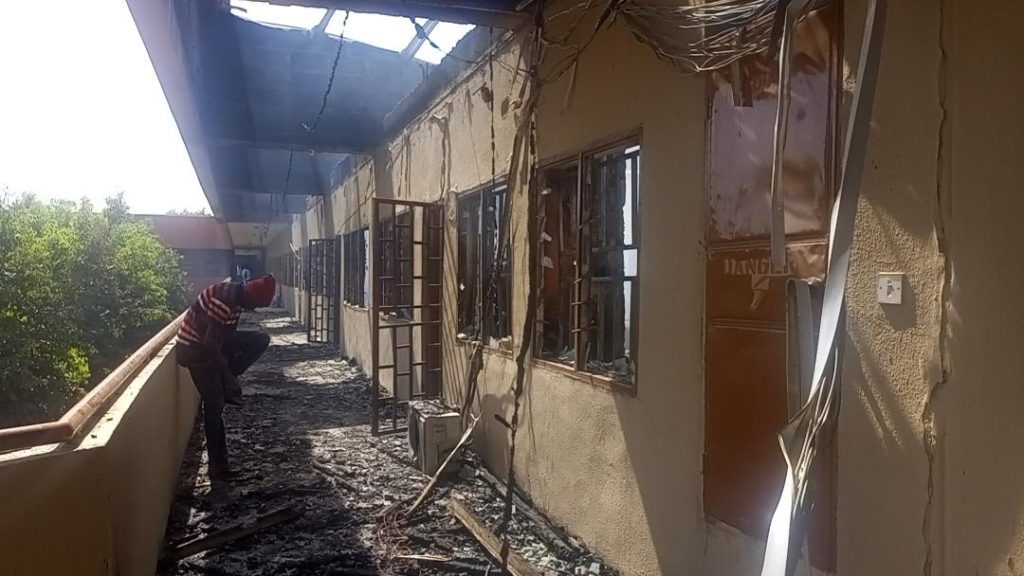 It was gathered that the fire outbreak which occured on Saturday morning destroyed the office equipment and other valuable items in the department.

The state and federal fire service as well as Dutse international Fire Service were said to have put out the fire.

The spokesman of the Nigeria Security and Civil Defence Corps (NSCDC), Adamu Shehu confirmed the incident to Dailu Post.

He said the inferno had gutted the NOUN office which is on the fourth floor of the Federal secretariat in Dutse.

The cause of the fire is still unknown, according to him.

He also noted that the efforts of security agencies helped prevent the spread of the flame to other parts of the secretariat complex.

Shehu further disclosed that an investigation into the fire outbreak is ongoing. 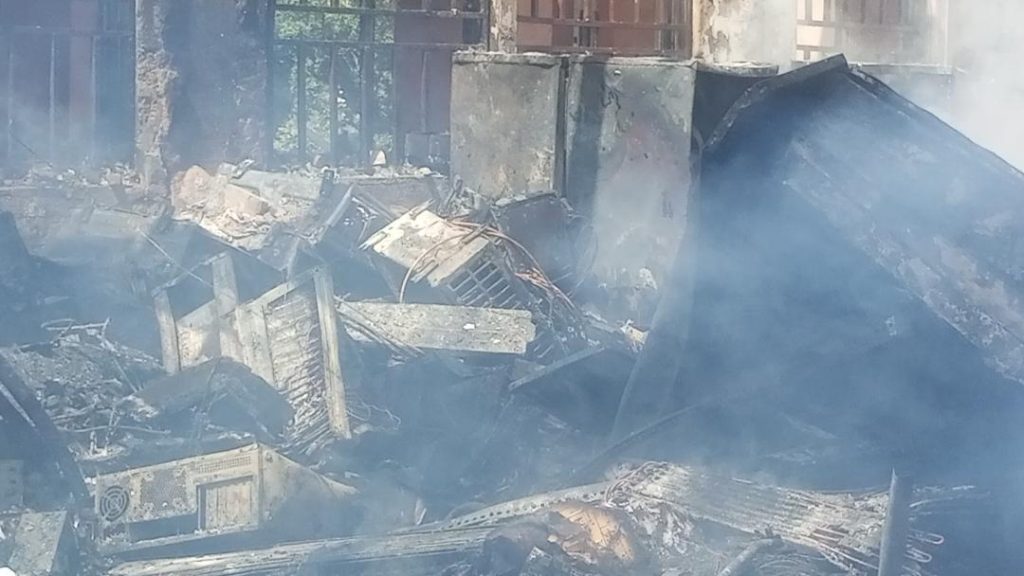 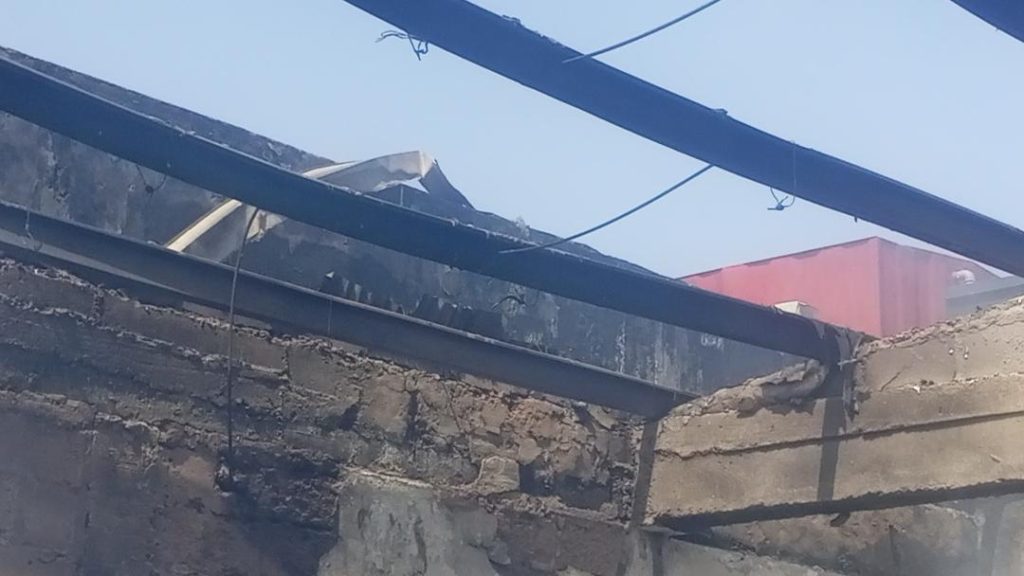 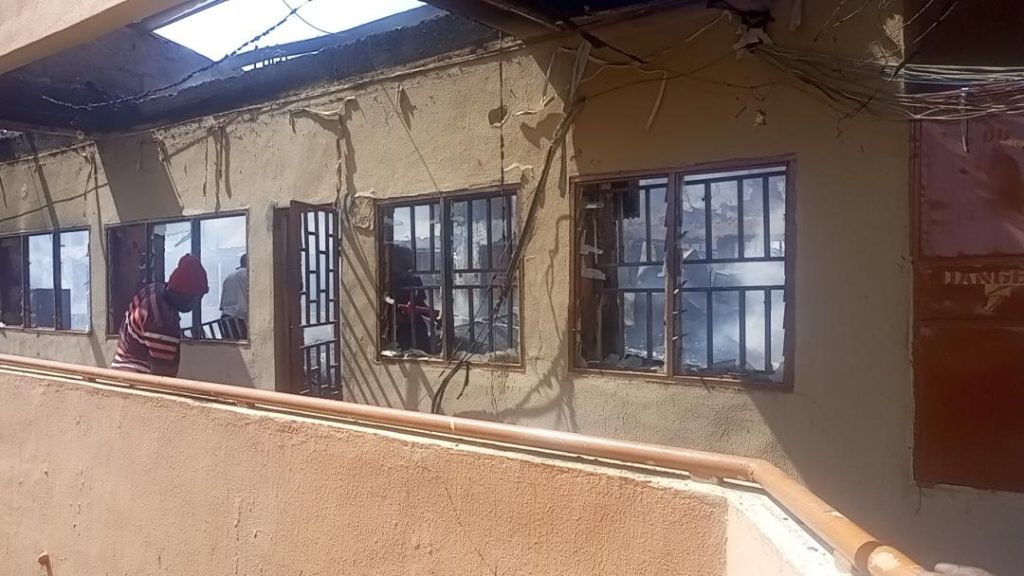 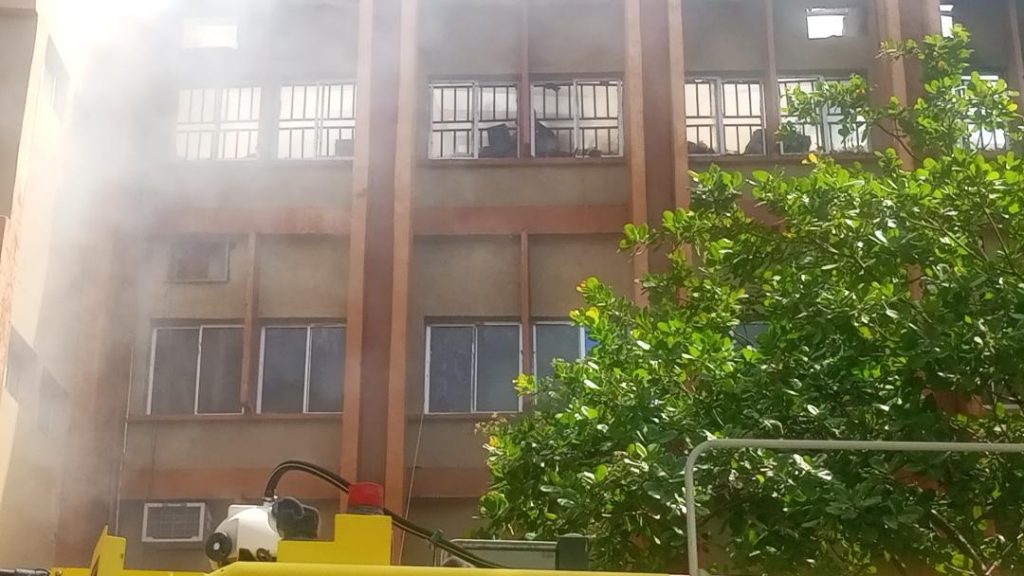 READ:  Terrible Living Condition Of Edo Billionaire's Wife Who Cheated On Him With Their Gateman [Video] 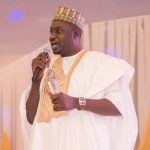 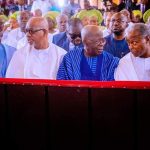