The Pan Niger Delta Forum (PANDEF) has written an open letter to President Muhammadu Buhari, urging him not to cancel the Presidential Amnesty Programme (PAP). 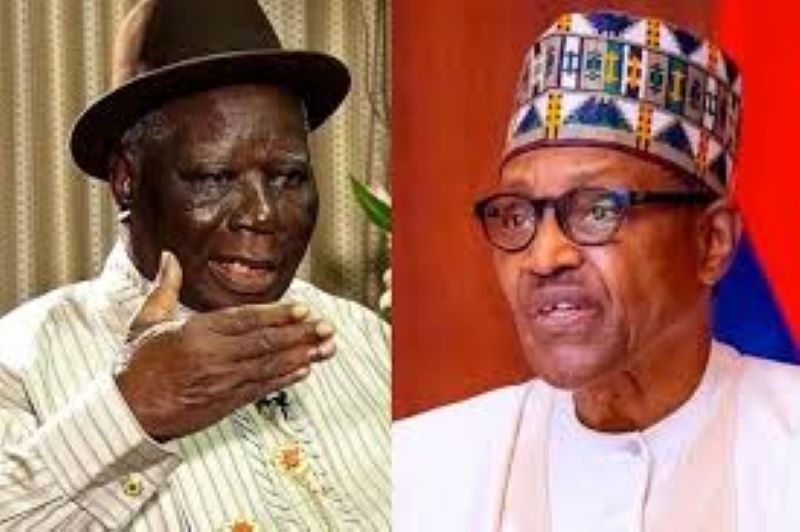 In the letter, signed by its leader, Edwin Clark, and other executives, PANDEF fears that chaos could descend on the Niger Delta if the programme is cancelled.

PANDEF also asked Buhari to substantiate the programme’s status “to douse the brewing tension in the region.”

It said Buhari should “halt the unilateral delisting of beneficiaries of the Presidential Amnesty Programme and the immediate reinstatement of youths purportedly delisted.”

Read  the full letter below

OUR CONCERNS ON THE FUTURE OF THE PRESIDENTIAL AMNESTY PROGRAMME

May we, firstly, seize this opportunity to commiserate with you and all Nigerians on the hundreds of lives that were lost to the floods, which ravaged States in the country, last month. We again empathize with citizens who lost their loved ones and properties to the deluge; and pray for the repose of the souls of the departed, while further underlining the casual disposition of your administration to the flood disaster. We entreat the Almighty God to receive our supplications and magnify his benisons on our dear nation, Nigeria!

2. Your Excellency, we write this letter to you, with a profound sense of patriotism and good intent for the country, as Elders and Leaders of the Niger Delta region. Primarily, to state our very grave concerns over the future of the Presidential Amnesty Programme, and, to warn of probable threats to the peace, stability, development of the Niger Delta region, and the economic prosperity of the country.

3. We are quite disturbed by recent happenings and media reports, which dominated the public space in the past few weeks, regarding the possible termination of the Presidential Amnesty Programme (PAP), possibly before the end of your administration, and the vile silence of your government on the matter.

4. Though our attention was drawn to news reports, within the last 48 hours, that “the Federal Government has rescinded the plan to terminate the Presidential Amnesty Programme (PAP)”, it is imperative to note that the rumours of the winding up of the programme and the alleged delisting of about 3,000 beneficiaries have already sparked anxiety in the Niger Delta.

5. We recall that similar speculations were strewn in 2020, before the appointment of Col. Milliard Dixon Dikio (rtd) as Interim Administrator of the Programme, in August of that year. PANDEF issued strong statements and warned against the plan, at the time.

6. Mr. President, these “underhand” tactics, marked by secrecy and chicanery, are improper and unthoughtful of the realities in the region. They are also, definitely, not in the best interest of the peace and stability of the Niger Delta region, and the friable economic situation of the country.

READ:  Revealed! One Nigerian Senator Got Paid For 300 NDDC Projects, But He Executed None Of Them

7. It is insidious for Government, at any level, to take critical decisions, capable of impacting negatively on the peace and stability of the society, merely on solipsistic references, without proper situational awareness, and due consideration of the ramifications.

8. We had discussed these concerns at our extraordinary meeting held on Thursday, 20th October 2022, and reflected the same in the communiqué therefrom:

“PANDEF cautions the federal government against any ill-advised plan to terminate the Presidential Amnesty Programme given the rumours that the government is scheduling to wind up the programme before the end of the Buhari administration;

“The meeting further warns that considerations that the Presidential Amnesty programme could be scrapped due to a pipeline Surveillance contract awarded to a private firm, are not only illogical but unacceptable;

Going forward, the Amnesty Programme should be extended to include the full re-integration of all beneficiaries.”

9. Mr. President need not be apprised of the circumstances that led to the proclamation of the Presidential Amnesty by late President Umaru Musa Yar’Adua on the 25th of June 2009. (May his noble soul continue to rest in peace!)

10. We remember that, upon the willful surrender and handing over of arms and ammunition, and the execution of the Renunciation of Militancy by the youths, President Umaru Musa Yar’Adua, on 9th October 2009, met with Governors and other critical Stakeholders of the Niger Delta region, including the ex-Militant leaders and committed to the terms of the Amnesty.

11. The objective of the Presidential Amnesty Programme (PAP), which has been described by experts as a “masterpiece” Peace and Security Strategy by the Federal Government of Nigeria, is to mitigate Youth restiveness as well as stabilize, consolidate and sustain security conditions in the Niger Delta Region; and allow for socioeconomic and infrastructural development.

12. And, like all other DDR programmes, globally, the Presidential Amnesty Programme for Niger Delta ex-agitators was also designed to encourage trust and confidence, and deal with the root causes of conflict. With the ultimate aim to prevent a return to violent conflicts in the Niger Delta, and indeed making peace irreversible.

Sadly, recent developments around the programme are eroding the trust and confidence that have been gained over the past years.

13. While we are not unaware of the fact that the Programme was conceived and designed to last for a specific period, it is important to underscore that existing realities make thoughts of ending the programme unrealistic. Given that several of the already demobilized ex-agitators are still undergoing different forms of training in institutions within and outside the country.

Appreciably, the programme has met the Disarmament and Demobilization (DD) aspects of the DDR, but the Reintegration phase of the programme has not yet been achieved and therefore, should be allowed to continue.

14. Besides, Your Excellency, little or nothing, has been done about the other major components of the Amnesty protocol to buffer the situations that resulted in the conflict, like infrastructural development on a coordinated and transformative scale, including the completion of the East-West Road; and the implementation of deliberate policies to escalate economic development in the region as well as issues of environmental remediation and ecological restoration.

15. Consequently, any unguided and hasty termination or alteration of the Programme would be an act of bad fate and a threat to the “fragile peace” in the region. The feedback we are getting is that the youths are angry!

It is better to adequately manage the peace achieved, so far, by the Amnesty Programme than to allow detrimental infractions.

16. To say the least, it is very unfair that whereas other intervention programmes such as the Petroleum Technology Development Fund (PTDF), continue with their training activities, which, majorly favour beneficiaries from the North while candidates from the South are relegated, the government is tinkering with the Presidential Amnesty Programme. This is the height of injustice and avoidable provocation on the people of the Niger Delta.

17. It is even more disturbing that these irksome tendencies are being contemplated at the twilight of your administration. It is impossible to speculate that Mr. President desires to hand over a crisis-ridden Niger Delta to his successor.

18. We urge that you tread with caution on issues concerning the Niger Delta region. It will suffice to footnote that no single individual or effort can sustain peace in the Niger Delta!

19. Mr. President, we shall conclude with the following requests:

i. A CATEGORICAL STATEMENT FROM THE PRESIDENCY substantiating the status of the Presidential Amnesty Programme, to douse the brewing tension in the region;

ii. Halt the unilateral delisting of beneficiaries of the Presidential Amnesty Programme and the immediate reinstatement of youths purportedly delisted.

iii. Mr. President should, as a matter of necessity, urgently convene a meeting with critical Stakeholders of the Niger Delta region, including the Governors, Elders, and Leaders as well as the ex-Militant leaders, for consultation and input, on a realistic, practicable and acceptable schedule for the Presidential Amnesty Programme and Other Related Issues. Just as President Umaru Musa Yar’Adua did before the commencement of the Amnesty Programme.

iv. Appoint a substantive Coordinator for the Presidential Amnesty Programme to end the “Interim” phenomenon that has characterized agencies of the Federal Government with direct bearing on the Niger Delta.

Your Excellency, kindly accept the assurances of our esteemed regards.

Signed for, and on behalf of, the Leadership and Entire Membership of Pan Niger Delta Forum, PANDEF, this 7th Day of November 2022:

Meanwhile, Kanyi Daily reported that some Ex-Militants had warned the Nigerian government over the planned scrapping of amnesty in the Niger Delta region.

READ:  All You Need To Know About President Buhari's Speech On Corruption At The Peace Forum In France 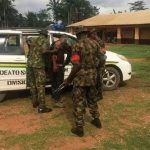 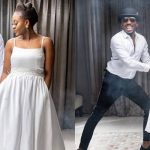