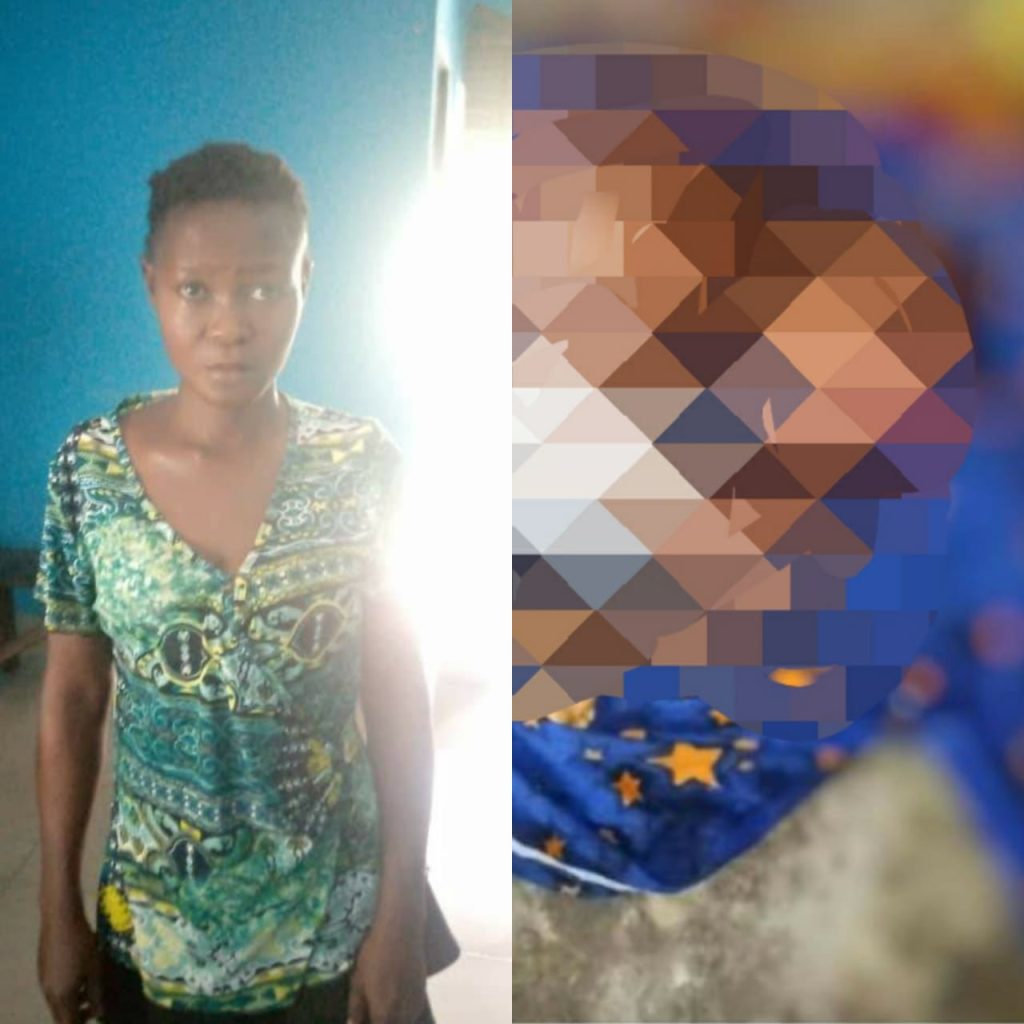 It was gathered gathered that the mother of two allegedly used a machete to cut off the head of the baby.

A witness said the woman’s eight-year-old son stumbled on the scene and raised an alarm which attracted the neighbours.

The timely intervention of the police, who immediately took the lady into protective custody and moved her out of Ugep, saved her from the mob.

The command spokesperson, SP Irene Ugbo, who spoke to reporters on Wednesday in Calabar, said the police rescued the woman from being attacked by angry mob after she killed the child on Tuesday.

Ugbo said the case would be transferred from Ugep to the Homicide Department, Police Headquarters in Calabar, for investigation.

“It is quite unfortunate and devastating,” she said, adding that ‘the suspect is in protective custody. But the matter will surely be brought to Calabar.”

Meanwhile, the Obol Lopon of Ugep and Paramount Ruler of Yakurr, Obol Ofem-Ubana Eteng, has called for calm as the police investigate the matter.

“I immediately convened a meeting with my subjects because even though what happened has desecrated the land, I had to ensure that further bloodshed was averted.

“We appealed directly to young people in Ugep to tow the path of peace and rational thought in the face of this heinous crime and they positively responded.

“We are in shock, but we are calm and have left this matter in the hands of the police.

“I assure you that there will be no reprisal action because we must remain law abiding,” the monarch said.

KanyiDaily had also reported how a woman slept with her own biological son just to test her fertility after failing to get pregnant for her husband in her second marriage in Nasarawa State.

READ:  3 to die by hanging for armed robbery