Sani Sha’aban, an in-law to President Muhammadu Buhari, has resigned his membership of the All Progressives Congress (APC) over impunity and injustice in the ruling party. 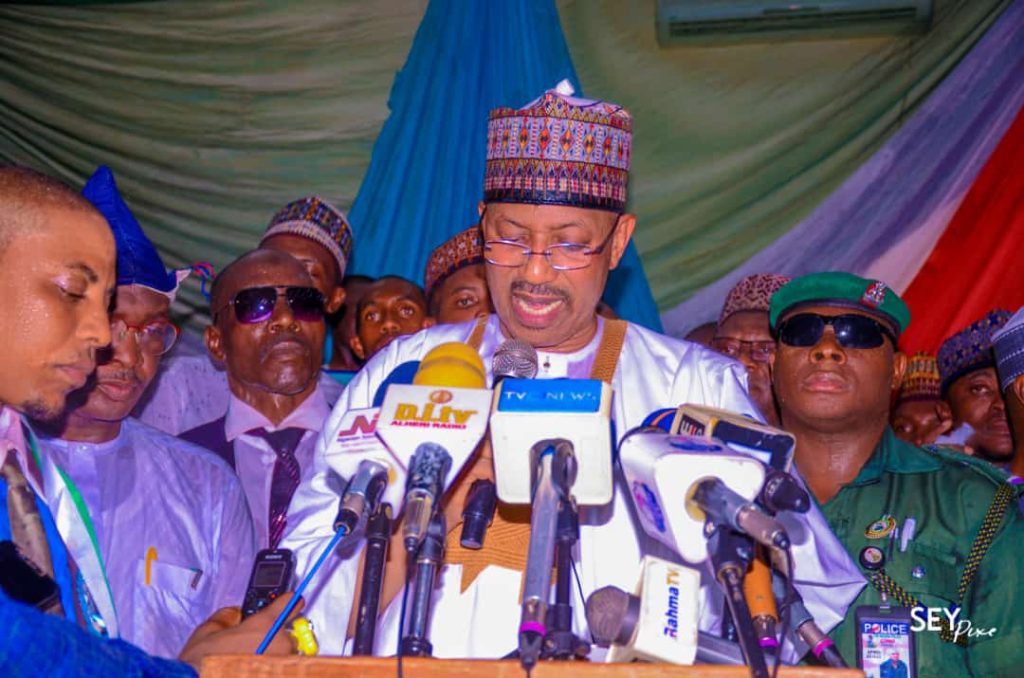 The development comes a few months after Sha’aban lost the APC governorship primary in Kaduna state to Senator Uba Sani which sparked lots of controversies.

He had filed a suit at a Federal High Court in the state, challenging the legality of the May 24 primary that produced Sani as the APC governorship candidate.

But the court presided over by Justice Mohammed Garba Umar threw out the case in early November, declaring that the court has no jurisdiction over the matter.

Sha’aban, however, proceeded to the Court of Appeal where he vowed to pursue the case to a logical conclusion before deciding to leave the ruling party.

The Governorship aspirant’s resignation letter was read by his campaign director, Barrister Joshua Danladi Ephraim at a news briefing on Monday in Kaduna.

He said activities of the party made him reconsider his membership, alleging that rather than bringing dividends of democracy closer to the masses, “some few elements in Kaduna APC have hijacked the party structure”.

Sha’aban in the letter partly said, “Recent activities and events within the APC in Kaduna State, in particular, have compelled me to reconsider my membership of the APC.

“Despite all our best efforts, admonitions and best intentions, it is disheartening to note that the APC has become more alienated from the masses, and father than foster peace, social cohesion and integration in Kaduna State as we envisaged and worked for, the APC in Kaduna State is now seen as synonymous with hardship, division and with total disregard for human lives, communal and family values.

“Rather than work to bring the dividends of democracy closer to the masses, some few elements in the APC in Kaduna State have hijacked the party structure and turned it into their personal estate to serve their personal greed and avarice, for the benefit of only their families, friends and cronies. They have no regard whatsoever for the feelings, yearnings and sensibilities of even the many members of the Party who supported them, and the general populace of Kaduna State.

“As one who strongly believes in God, and in the belief that the commonwealth of the land is for the common benefit of all, I have found myself unable in good conscience, to sit back and allow this reign of impunity to go on without a voice of dissent. At various times, I have had cause to express my displeasure with the policies and actions of the APC in Kaduna State to you.

“As you are aware, my stance on good governance, Rule of Law, Social Justice and Equity has caused us to be treated with disdain, and to be seen as a Pariah to those who are personally benefitting from the skewed realities present in the APC. My many admonitions, protests, actions and best efforts at salvaging the Party to bring it back into focus to achieve the set objectives of forming the Party have been severally ignored by you. There is, however, a limit to what I can do as a Member of the Party.

“I believe I have in all conscience before God, done my possible best to stave off the inevitable but to no avail. I have come to the firm conclusion and resolve that in all good conscience, I cannot remain a member of the APC under the present state of affairs, where the interest of the majority of common folks is little regarded.

“I cannot remain in a Party that has little or no regard for human lives, social integration, peace and our time-valued and cherished Communal and traditional values. I cannot remain in the APC when the Party has no respect for the Rule of Law and the simplest of the laws of the land.

“Therefore, effective immediately, I officially and formally resign my membership of the All Progressives Congress at all levels today 28 November 2022.”

KanyiDaily had also reported that the Appeal Court ruled in favour of Bashir Machina against the Senate President, Ahmad Lawan as the authentic APC candidate for Yobe North Senatorial District.

PDP Crisis: We Have Made Mistakes – Udom Emmanuel