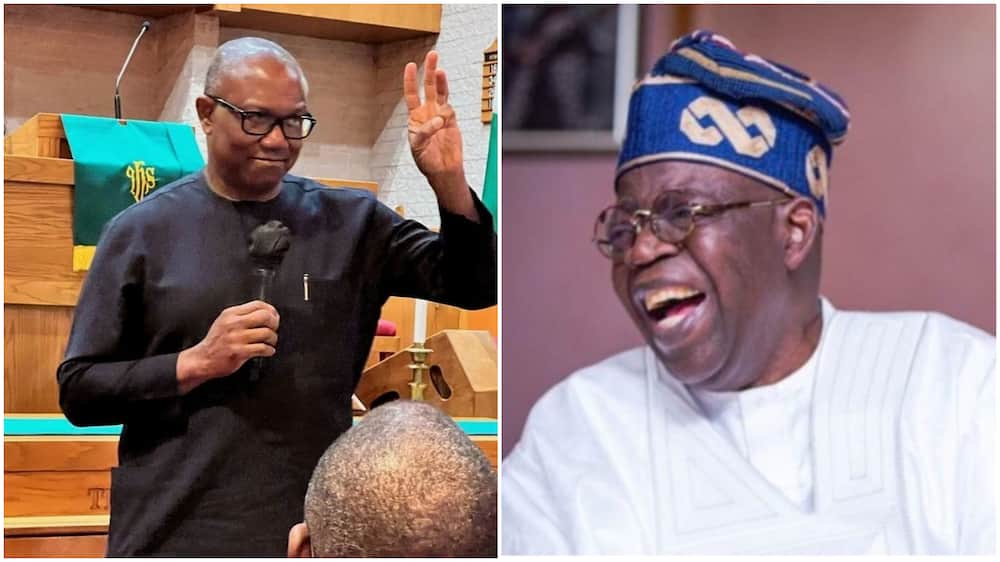 Tinubu took a dig at his challengers during an engagement with Niger Delta stakeholders in Gbaramatu, in Delta State.

Hitting Atiku, he said, “As I stand before you, there are few of us left running. One says he is Atiku; how many times has he been running?

“He’s always on the run and he is tired, tell him to go and sit down. Enough is enough.”

On Obi, the former governor of Lagos State said he can’t even mention the former Anambra State governor’s name.

He said, “The other one, that one he think (say) na statistics we go chop, he lies with arithmetic that no Indian can solve it (sic). To mention his name is a disgrace to me sef.

“I won’t mention the name, wrong arithmetic, wrong statistics, warehouse economy, that is not what Nigeria needs.”

In other news, Kanyi Daily reported how
Peter Obi celebrated his counterpart in the  PDP, Atiku Abubakar on the occasion of his 76th birthday anniversary.

Taking to his official Twitter handle to celebrate him, Obi prayed to God who has brought the former vice president thus far in life to protect and bless him always.

READ:  Ayu Can Only Be Removed When PDP Constitution Is Amended - Atiku

Bola Tinubu: How I Will Make South-East Taiwan Of Africa