The Minister of Works and Housing, Babatunde Fashola has blamed the sit-at-home order imposed in the South-East by the Indigenous People Of Biafra (IPOB) for the seeming delay in completion of the Second Niger Bridge project. 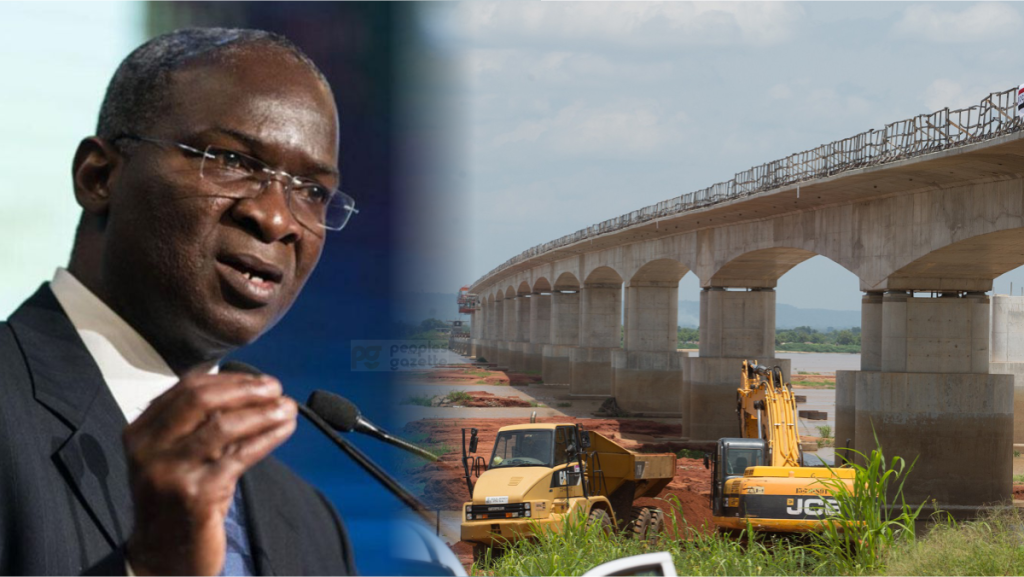 KanyiDaily recalls that the IPOB had issued a sit-at-home order in the South-East every Monday as part of its ways of protesting the detention of its leader, Nnamdi Kanu by the federal government.

Speaking in an interview with Channels Television on Wednesday, Fashola said the sit-at-home is delaying the completion of the second Niger Bridge because construction workers have not been able to work on the project on Mondays for over 2 years.

The minister noted that asides from the IPOB’s sit-at-home order, other challenges like relocating transmission lines connecting the East to the West across the Niger River have also contributed to the delay.

He said, “These dates keep shifting and people must remember that on the eastern side, our contractors have not been able to work on Mondays for almost two years and that has affected the completion date.”

READ:  Nigeria Can Provide Treatment For People Living With HIV Without Depending On Foreign Agencies - Aisha Buhari

Fashola further asserted that certain other challenges like relocating transmission lines connecting the East to the West across the Niger River, contributed to days lost and added to the snag that affected the early completion of the bridge within the time earlier stipulated.

Speaking on finishing the last 4km stretch of the road in four months, Fashola said the construction is taking place in marshland and as such, there is a great need for dredging and sand filling, process which he says cannot be rushed.

He emphasized that the reason the ministry and its contractors have made great progress on the road so far, is because they have employed the use of Prefabricated Vertical Drains which accelerate settlement and drainage and as such, workers can start building quicker than would ordinarily have been expected.

The minister however promised that the new target date to deliver a perfectly completed Second-Niger Bridge will be April/May 2023 before the tenure of President Muhammadu Buhari ends.

He added that the bridge which had been temporarily opened for usage during the Christmas season would be tolled by the Nigeria Sovereign Investment Authority to enable the project to be properly maintained for the benefit of Nigerians.

Fashola said, “The bridge will be tolled but that is the job of the NSIA because we must make sure the bridge is properly maintained.

“So, this is where private sector capacity becomes useful. They may not be (able to) build capital to buy the asset but can mobilise the expertise and efficiency to operate it, of course not without due diligence being done. That is the same model on the Lekki toll gate.

“Truth be told, the target is April or May (2023) but the date keeps shifting because of sit-at-home directives. The current opening for motorists is for those going to the East and will last till the 1st of January. It is currently a one-way crossing.

“So, on the 2nd of January, we would reverse what we have done and allow people to use it from the 3rd for the East to West crossing and on the 15th we would shut it down so that we can finish the four-kilometre access road we are trying to build and the interchange.

“We are building in mash land so we have to dredge, accumulate sand, fill or reclaim land. You have to wait for it to settle and can’t start building the following day. We are using a technology called pre-fabricated vertical drills to accelerate.”

KanyiDaily recalls that last week the Federal Government ordered the opening of the Second Niger Bridge for one-month use during the Yuletide.