Pelumi Olajengbesi, the lawyer to popular singer, D’banj, has asked the Independent Corrupt Practices and Other Related Offences Commission (ICPC) to effect his release. 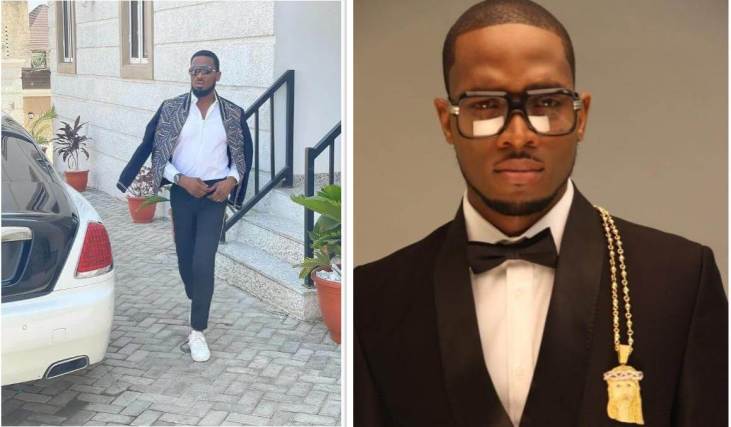 D’banj’s lawyer had denied the allegations, saying the singer and his management does not engage in business dealings “unless they are legitimate, properly documented and obtainable in law.”

In a statement on Thursday, Olajengbesi said the ICPC had promised to release him after Wednesday’s interrogation “having found nothing on him and with no further grounds for his continued detention”.

The lawyer, however, said his release was delayed because the commission claimed it was unable to get its chairman’s approval.

He said efforts to release the musician on Thursday also proved abortive despite the fact that his detention is “beyond the constitutionally allowed limits without a charge made in court”.

Olajengbesi thereafter sought the release of the singer who has “satisfactorily cooperated with the commission’s investigation” and lamented his continued detention.

The statement reads, “1. Investigators of the Commission have between the 6th and 7th of December, 2022 thoroughly examined D’banj’s honest and straightforward answers to all its inquiries to the mutual satisfaction of the Commission and his legal representatives. 2. That D’banj has dutifully cooperated with the Commission in the course of their investigation and demonstrated a shared zeal to help the Commission make its impassioned and honest findings on the matter as he is interested in clearing his name as well.

“3. Consequently, after Wednesday’s interview session, we were informed he will be released as a matter of course having found nothing on him and with no further grounds for his continued detention. However, the Chairman of the Commission was required to sign off on his immediate release before it could be effected and that never happened.

“4. We were at the Commission today to give D’banj the required legal representation and all we waited for was still the ‘approval from above’ that never came. Dbanj was also not interviewed today on any other issue before his lawyers.

“5. While holding on to the sustained hope that D’banj will not somehow become the victim of targeted blackmail or faceless malice from certain quarters with perhaps vested interest in his downfall, we want to reassure the general public and the Commission by implication that we are fully ready and willing to cooperate to the extent of the law that makes for the finding of the truth in this matter which we take quite seriously.

“6. We in the same vein, reiterate that D’banj has no such access nor colluded with any government officials over any dubious transaction. The very allegation is a nightmare that must be dissipated by an assertion of the truth of D’banj’s unimpeachable innocence.

“7. As a matter of course, we now place a major demand on the oversight Ministry of Humanitarian Affairs to immediately cause the release of the names of the government officials alleged to have colluded with by D’banj and the investigation of same should be made public. We also demand that the ministry should make public immediately money alleged to have been traced to D’banj’s account.

“8. We call on the National Assembly’s Public Account Committee to open a wide investigation into the N-Power scheme through an open and all free entry public hearing without protecting any sacred cows. 9. It is alarming and incongruous to design such an allegation against D’banj who does not have access to government accounts or government platforms to have been alleged to have diverted such huge sums without any single government official in custody with him.

“10. We have opted to treat this matter with all sense of diligence and with the benefit of doubt extended to the Commission given that we are mindful the Commission is headed by a Professor of Law and a Senior Advocate of Nigeria whom we believe reckons with the principle that an accused is innocent until proven guilty and would constitutionally comply with same.

“11. It is to this end that we implore the Commission to be mindful of having detained D’banj beyond the constitutionally allowed limits without a charge made in court, following which we encourage the Commission to have him brought before a competent court with the necessary charges forthwith or duly release him while continuing their investigation which we understand can be a demanding and pressing task.

“12. D’banj is innocent of all the laughable allegations and deliberate publicity and has demonstrated patriotism by encouraging the Commission and such an act in good faith must not be unfairly rewarded.”

Meanwhile, Nigerian comedian, Mr Macaroni has slammed a young lady who dragged him into the N-Power fraud saga involving D’banj and ICPC.

“Get A Man Obsessed With You” – DJ Cuppy Says As She Kisses Her Lover, Ryan Taylor [Video]