Nigerian comedian, Adebowale Adedayo, also known as Mr Macaroni has slammed a lady who linked him to the arrest of singer, D’banj by the Independent Corrupt Practices and Other Related Offences Commission (ICPC).

Reacting on her Twitter page, a lady identified as Emmy ‘imagined’ that if it were Macaroni that was arrested instead of D’banj, the government would have been accused of oppressing their opposition.

@ennyola0015 wrote, “Imagine it was @mrmacaronii that was arrested for alleged N-Power fraud not D’banj. People could have said the government are after the opposing voices.”

In a swift response, Mr Macaroni asked the lady to imagine it was her father that was arrested.

“Why not imagine that it was your Father that was arrested? What would people say? Since we are all imagining,” he wrote.

Daniel wrote: “Macaroni, involving people’s loved ones in ur clapbacks isn’t right; Especially their parents. Show some respect. Direct ur response to whoever triggers u. Fans will hype ur acts but u should know better cos as a public figure whatever u do is emulated by many. Tread carefully.”

But the comedian replied, “I didn’t disrespect anyone. She imagined and I also imagined. We are all just imagining things. For instance, let’s imagine that your own head is not correct.. it’s not disrespect. It’s just imagination. No offense.”

READ:  We’re Going To Use Tekno As Scapegoat For Publicly Dancing With Naked Girls ⎯ FG 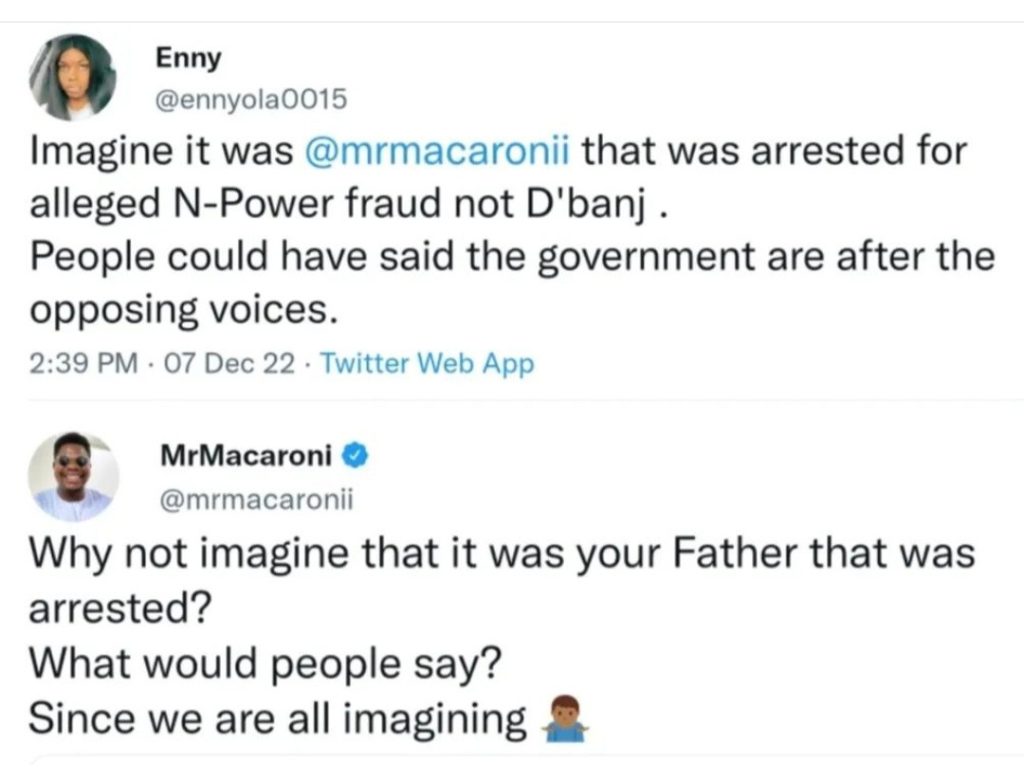 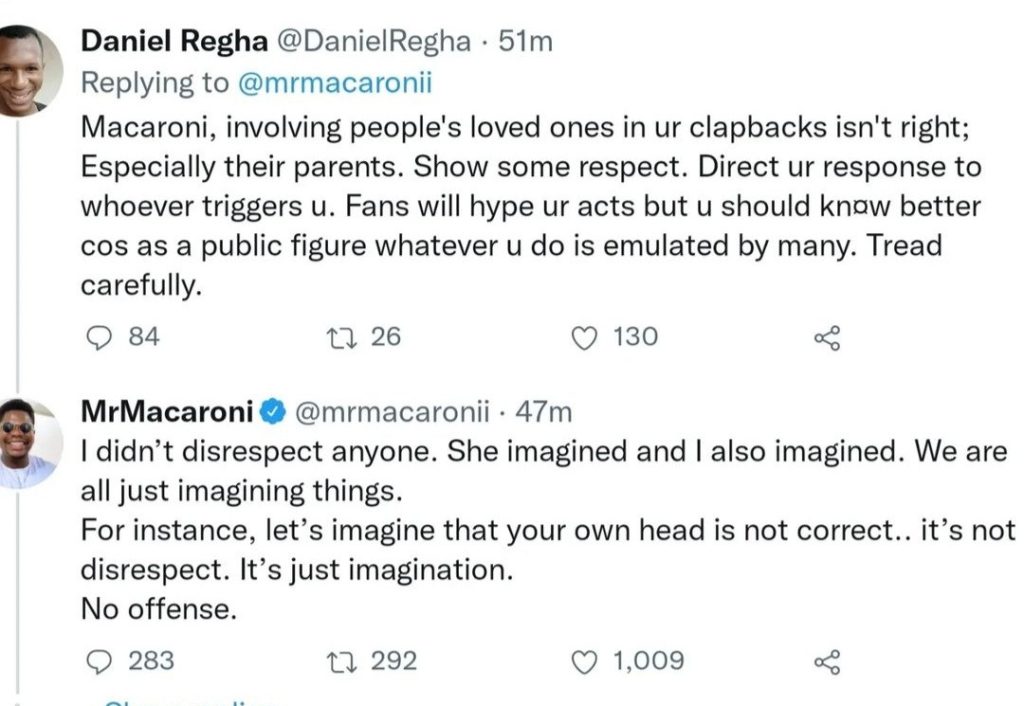 Meanwhile, D’banj has denied the N-Power fraud allegation leveled against him by the ICPC, saying his management does not engage in business dealings “unless they are legitimate, properly documented and obtainable in law.”

Davido To Perform At World Cup Closing Ceremony In Qatar