Afrobeat singer, Seun Kuti has sparked controversy on social media after he dressed like a woman for his 40th pre-birthday shoot. 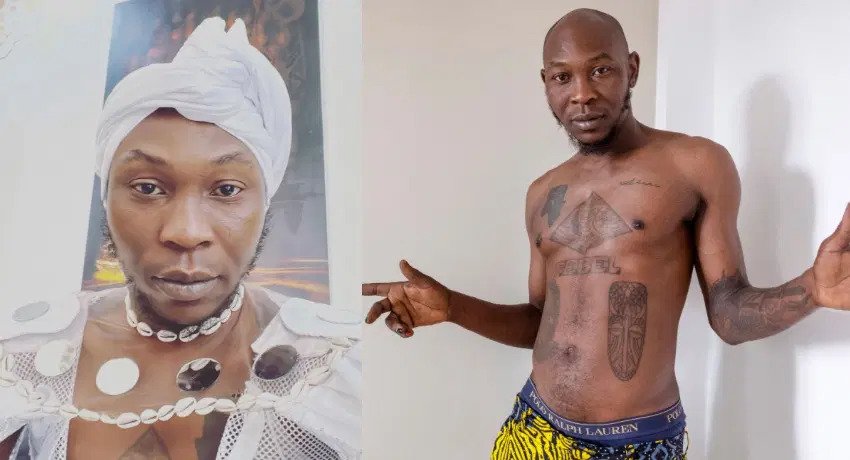 Taking to his Instagram page ahead of his big day, the musician shared a photo, where he channeled his inner woman, with the caption, “Birthday shoot loading”.

In the viral photo, Seun could be seen with headscarf as well as a top that looks quite feminine. He also had on a white cowry shell beads.

The photo has triggered mixed reactions on social media with some people hailing him for wanting to break the internet, others asked if he wanted to become a crossdresser.

Comedian Woli Arole also took to the comment section to ask “what’s all these naw” and Seun replied him saying “Na wetin me sef dey think everytime I see you dey were gown in the name of Jesus.”

See response and other comments below: KanyiDaily recalls Seun Kuti had recently insulted the first lady, Aisha Buhari, for arresting and detaining a student, Aminu Mohammed, who criticized her on social media.

READ:  i‘ll embrace Obasanjo if I see him - IBB

Related Topics:BirthdaycelebrityEntertainmentgistNigeriaSeun Kuti
Up Next