At least 31 people have died and many others hospitalised after drinking toxic alcohol in two villages in the eastern state of Bihar, India. 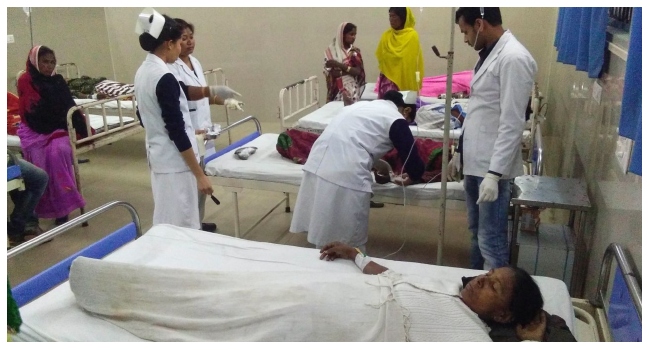 It was gathered that the deaths which were recorded between Wednesday night and Thursday morning, happened in the two impoverished eastern state, where sale and consumption of liquor are prohibited.

Such bans are in force in several Indian states, driving a thriving black market for cheap alcohol made in unregulated backstreet distilleries that kills hundreds of people every year.

“In the latest incident, victims in Saran district began vomiting on Tuesday before their condition deteriorated.

“Three died on the way to hospital and others died while being treated on Wednesday and Thursday,” a local report said, putting the death toll at 31.

Senior police officer, Santosh Kumar said several of the hospitalised people have lost their eyesight. He added that authorities cracked down on illicit alcohol shops in the area.

“We have arrested 126 people in the last 48 hours after the incident was reported and two cases have been registered,” Kumar told Al Jazeera.

Dr Gopal Krishna, who heads a primary health centre in Saran, told Al Jazeera that nearly 55 people reported to the centre on Wednesday with multiple illnesses.

‘Among them, 15 were discharged after treatment and the rest were referred to different hospitals for advanced treatment,” he said, adding that four people died immediately after coming to the centre.

Deaths from illegally brewed alcohol are common in India, where illicit liquor is cheap and often spiked with chemicals such as pesticides to increase potency.

Illicit liquor has also become a hugely profitable industry across India, where bootleggers pay no taxes and sell enormous quantities of their product to the poor at a cheap rate.

KanyiDaily had also reported how at least 40 people died after a suspension bridge in India’s western Gujarat state collapsed on Sunday.

READ:  Uganda's Minister Of Finance Kneels To Celebrate Her Husband On His Birthday

Related Topics:AlcoholdeathgistIndiaMETRONewsWorldworld news
Up Next

Nigerian Man Shot After He Stormed Guyanese Presidential Residence, Stabbed Guard And Shot At Others [Video]