Kira Rudik, a female lawmaker in the Ukrainian Parliamentarian, has taken up arms to help her country’s military in its resistance against Russian forces. 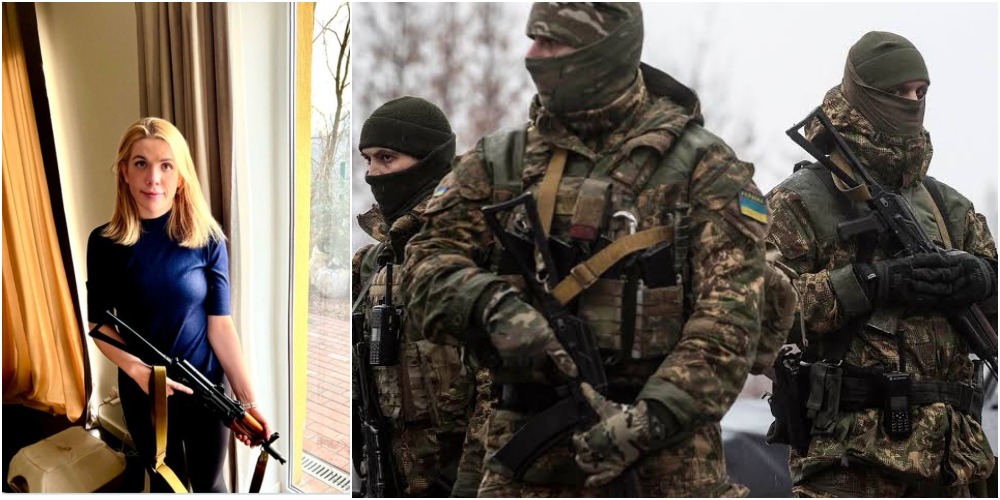 Speaking with CNN on Friday, February 25, Kira Rudik vowed to protect her country, saying “it is strange to go from working as a member of the Ukrainian parliament, under the threat of Russian attack, and then to have it suddenly start.”

READ:  ASUU Students Threatens To Disrupt The Forthcoming Election If Government Fails To Call Off strike

She said, “Then you know you have to do something. That’s when you get a gun and you learn how to shoot it. You understand you have to get a group of resistance, which we did, and now we are helping our army to fight Russian soldiers who are trying to take Kyiv right now as I am talking to you.”

Rudik added that this is the “new reality”. “We are not leaving. This is our town and this is our country, and no Putin soldiers will tell us how to live.”

Taking to her Twitter page, the lawmaker shared a photo of herself bearing arm saying “I learn to use #Kalashnikov and prepare to bear arms. It sounds surreal as just a few days ago it would never come to my mind. Our #women will protect our soil the same way as our #men. Go #Ukraine! 🇺🇦”

I learn to use #Kalashnikov and prepare to bear arms. It sounds surreal as just a few days ago it would never come to my mind. Our #women will protect our soil the same way as our #men. Go #Ukraine! 🇺🇦 pic.twitter.com/UbF4JRGlcy

KanyiDaily recalls that former heavyweight boxing champion, Vitali Klitschko said he would also take up arms alongside his brother and fellow Hall of Famer, Wladimir Klitschko to fight the Russian invasion of their country, Ukraine.

READ:  Festus Keyamo Claims He Can Drive From Abuja To Kaduna Without Any Security