The presidential candidate of the Labour Party, Peter Obi has reacted to the conviction of his campaign Director-General, Doyin Okupe, over money laundering. 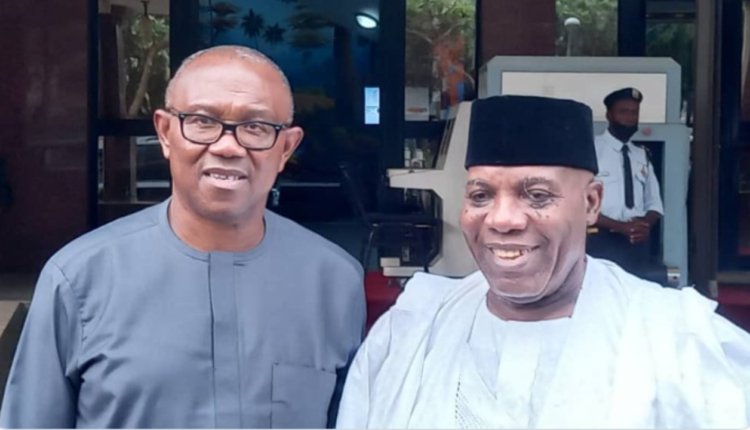 KanyiDaily recalls that Okupe was sentenced to two years imprisonment after being arraigned by the Economic and Financial Crimes Commission (EFCC) on a 59-count charge bordering on alleged money laundering and diversion of funds to the tune of N240 million.

Okupe, the director-general of the LP campaign organization, was said to have received the cash from the office of the National Security Adviser (NSA) while Sambo Dasuki was in office.

Speaking on the development during interaction with journalists in Akwa Ibom state, Obi said Okupe’s conviction for money laundering will not demoralize his bid to become president.

The former Anambra governor added that the witch-hunting of persons in his campaign team cannot break his resolve as he would continue with his campaign and allow the due process of law to take its course.

“I am hearing about it (the conviction) just like you. I am still studying what is coming out of the court and everything. I believe in the rule of law. It is not going to demoralise me,” NAN quoted Obi as saying.

“Today, when I arrived Akwa Ibom somebody asked me why I haven’t been using my aircraft because it has been grounded and all that, and I said to him that nothing demoralises me.

The LP presidential candidate added that he is determined to “destroy” the existing political structures in the country.

The LP presidential candidate said his priority, if elected president, would be how to secure a united Nigeria and pull people out of poverty.

Meanwhile, Doyin Okupe has paid the N13m fine on all the charges he was found guilty of to avoid being imprisoned for two years at the Kuje Correctional Centre.

READ:  Governors Should Convene A National Unity Summit To Save Nigeria – Atiku Abubakar

Buhari: I’m Ready To Campaign For Tinubu, Other APC Candidates