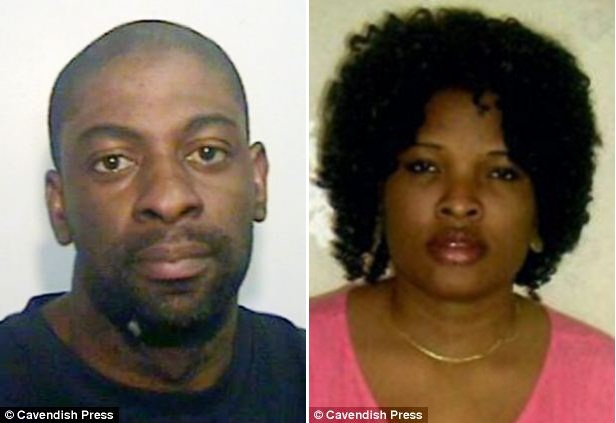 A Muslim man was jailed for life on wednesday for stabbing his devouted Christian ex-girlfriend 13 times after they split following bitter rows about him wanting their young daughter to convert to Islam.
Esther Arogundade, 32, was attacked by kitchen porter Shola Adebiyi in her own home after she began a relationship with another man.
Adebiyi also drank oven cleaner in an attempt to kill himself and phoned Esther’s new lover to say he would never see her again before confessing to the killing to a friend….continue reading
Police broke into the mother-of-two’s home in Salford, Greater Manchester, and found KFC worker Esther lying dead on the kitchen floor with multiple stab wounds to her back and front.
The court heard how Esther began dating Adebiyi in 2007 and that they later had a daughter now aged two but split up last year after a series of rows.
Rob Hall prosecuting said: ‘These arguments were ignited by differences of opinion over the religion of their daughter – the defendant wanted her to convert from Christian to Islam, but Esther was a church goer.
‘There were arguments about expenses, bills and childcare.’
Last March Esther, who also had a nine-year-old daughter living in Nigeria from a previous relationship began a friendship with another man named in court as Mr Alabi.
While visiting family in Africa Mr Alabi received a sinister phone call from Adebiyi, claiming he would be killed if he returned to the UK.
Mr Alabi told Esther about the call and she spoke to Adebiyi but he initially denied it.
‘Mr Alabi returned to the UK and the relationship took the next step and it turned into a sexual relationship.
‘They spent a great deal of time talking and texting on their mobile phones – it may well be that it came to the attention of the defendant.’
On June 26, Adebiyi cleared out his locker at work at a conference centre in Manchester then left armed with a large kitchen knife and waited for Esther and their daughter to come home.
Throughout that evening there were phone calls between Mr Alabi and Esther and also a child minder who was booked for the next day.
But the following morning Adebiyi was said to have made ‘frantic arrangements’ to get child care for his daughter and handed her over at 9.50am along with her birth certificate and left in her push chair.
He then called Mr Alabi, who asked about the whereabouts and welfare of Esther only to be told he would never see her again.
He then called a friend and confessed he had killed Esther, claiming it had happened during a fight.
The friend went to the house and saw Adebiyi come out wearing a blood-stained t-shirt and holding a large black-handled knife.
He saw him throw the knife into nearby bushes.
In mitigation defence counsel Michael Lavery said his client had made a ‘very genuine’ attempt to take his own life by drinking oven cleaner.
He added: ‘He took the knife to kill himself and his partner. He’s lost his daughter as well as a consequence of his own actions.
‘It is tragic for the victim of this murder and a tragedy for the daughter and for the father too. It is his own fault, I know, but that is not going to make it easier for her.’
Passing sentence Judge Andrew Gilbart QC told Adebiyi it was not clear exactly when he had killed Esther.
He added: ‘Your relationship had come to an end with frequent disagreements and rows between the two of you.
‘She formed a relationship with another man. You resented it, and tried to warn him off with threats.
‘She let you know that she no longer wanted to be with you and wanted to pursue a relationship with another man.
‘You were most upset at that prospect. She sought friendship elsewhere, including in an affair with another man. You were understandably upset but let me be clear about this.
‘Many men and women have to endure the discovery that the husband, wife or partner is no longer content with the relationship they have.
‘Many are jealous or unhappy. But what the law cannot and will not permit is the use of violence, which is what you used.
‘I am prepared to accept that you were very upset – and indeed distraught – at what was happening to your relationship.
‘When you acted as you did you were under considerable emotional strain.’
After the case Senior Investigator Andrew Tattersall of Greater Manchester Police said: ‘The biggest tragedy here is that a young girl has now been deprived of both her parents.
‘Her mother was taken from her in a vengeful, violent attack and no sentence today can bring her back.’ 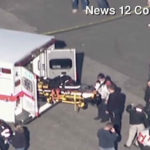