Josh Wade, the estranged fiance of Nollywood actress, Empress Njamah has confessed that he missed her after reportedly releasing her nude videos following his threat.

KanyiDaily recalls that Njamah had recently debunked her engagement to George Wade who she accused of trying to blackmail her with her nude photos in his possession.

Shortly after her revelation, Wade released a video wherein he threatened Njamah with the information he had about her.

It was gathered that Njamah’s estranged fiance posted several private videos he made in her house, including footage of her taking a bath.

READ:  Actress Luchy Donalds Reveals Why She Won't Invite People To Her Wedding 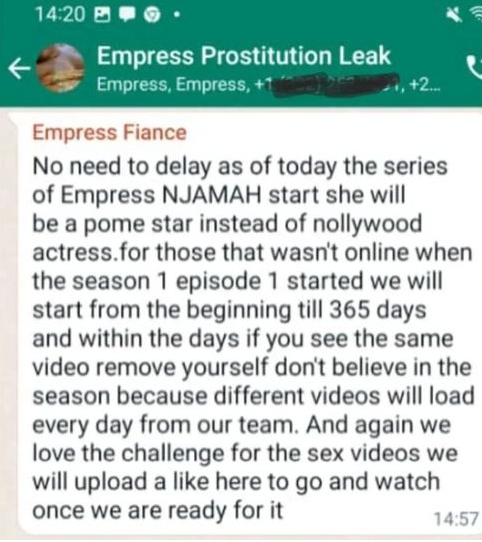 In another video, Wade said he is “seriously missing” Njamah, stressing that he is a bit confused.

He also called on the actress to stop spreading lies and telling people that he cannot travel out of the country.

“I am just confused, you know. When you said I couldn’t travel and people start telling me that, I was just laughing. Like seriously? I swear to God I just miss you. Seriously, I just miss you.

“That’s the real truth, there is no joke about that. But please, stop telling people that I can’t travel. Don’t do that, I beg you please. It is very wrong,” Wade said.

Gospel Singer, Obiwon Reveals Why No One Understands Thanksgiving Like Nigerians