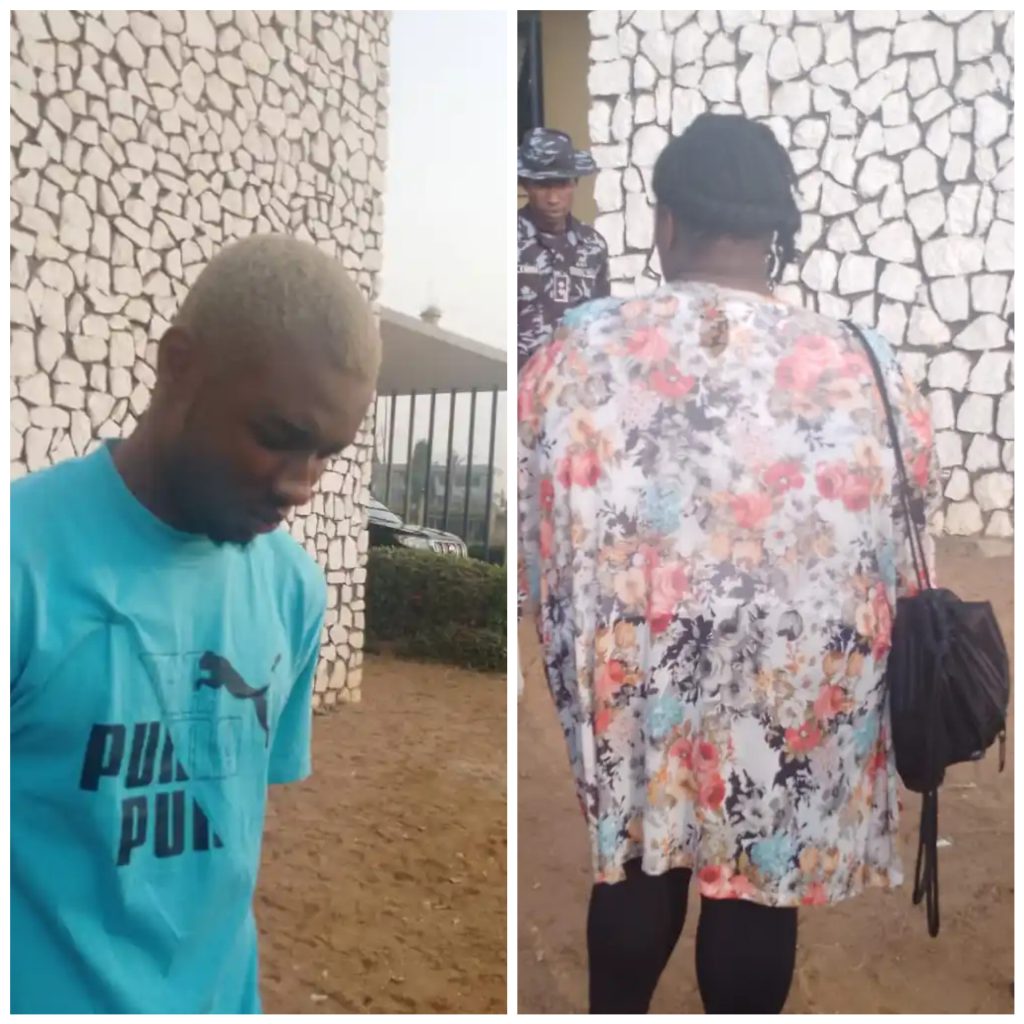 It was gathered that the American woman was tricked into coming to Nigeria by the suspect who presented himself on TikTok as a US citizen working in the West African country.

While parading the suspect in Ilorin on Friday, the Commissioner of Police, Paul Odama said Awoleye, a Higher National Diploma student of the Kwara State Polytechnic in Ilorin allegedly lured the foreigner and swindled her of the sum of $1000 when she came to Nigeria.

The CP said, “On January 12, 2023, at about 1200 hours, based on actionable intelligence, operatives of the SCID at the Kwara State Police Command arrested one Awoleye Joshua Oluwatofunmi, “male” of Sabo-Oke Road, Ilorin, within the premises of a hotel along Flower Garden Road, Ilorin, in company with one Vonapolouis Moss, an American citizen.

“A preliminary investigation revealed that the suspect, who is an Internet fraudster known as Yahoo Boy, presented himself to the victim on TikTok, a social media platform, as an American by the name of Howard Adams and ripped her off for about 1,000 USD.

“The suspect later took a step further by luring the victim to fly into Nigeria on January 9, 2023, through the Murtala Mohammed International Airport in Lagos, after which she flew into Ilorin the next day and was received by the suspect.

“The suspect also deceitfully took an unspecified amount of USD from the victim before she was rescued by police operatives.

“The necessary authorities have been contacted for appropriate action,” he said.

Odama added that the victim had been moved into secure custody by the state police command pending her return trip to the USA.

Speaking in an interview with newsmen, Vonapoloius said that she arrived in the country on Monday night and moved from Lagos to Ilorin on Tuesday morning.

She further added that she met him on TikTok, a social media platform, and he claimed to be an American by the name of Howard Adams currently working in Nigeria.

She said, “We met on social media and he invited me to visit Nigeria but when I came, he took me to the Bureau de Change to change my money to Nigerian currency and he also took me to Shoprite.

“When the money on me finished, he told me to tell my people to send more.”

“I like Nigeria and I would like to come back but what I want now is to go back to America,” she said.

The Police Commissioner said that although Joshua confessed, he would not be handed to the Operatives of the Economic and Financial Crimes Commission but would be investigated by the police and charged to court after a thorough investigation of his alleged crime.

The CP said that the command would continue to discharge its duties with a full sense of responsibility, adding that it would be willing at all times to respect the rights of every citizen. KanyiDaily recalls an American lady had also revealed that she was scammed by an Yahoo Boy who posed as Nigerian singer, Flavour N’abania.