Lagos State Government has recovered the body of a man who drowned while riding on a jet ski at the Lekki-Ikoyi inland waterways. 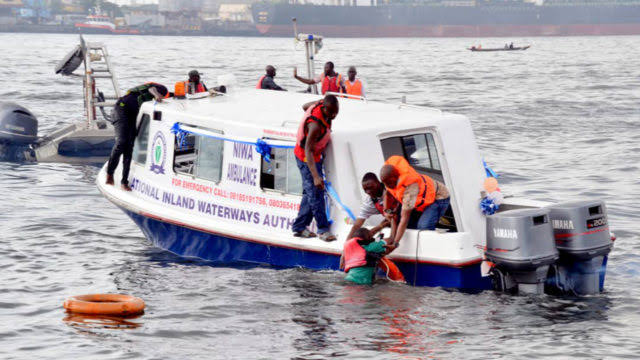 The Permanent Secretary of the Lagos State Emergency Management Agency, Olufemi Oke-Osanyintolu said the victim drowned as a result of speeding on Wednesday.

He said, “It was discovered by the agency’s responders on duty at the Lekki base that an unidentified male adult drowned at the Lekki-Ikoyi inland waterways as a result of over speeding while he was riding on a jet ski at the said location.”

He said, “Emergency responders found the body on Friday morning with the help of locals in the area. When the locals saw the body, they informed us and we went there to identify and recover it. It has been handed over to the marine police.”

The LASWA boss said the identity of the deceased was not ascertained before it was taken to the marine police.

He said, “We did not have the details of the victim before we gave the body to the marine police. They will carry out an investigation on his identity.”

The Lagos Police Public Relations Officer, Benjamin Hundeyin, could not be reached for a reaction as of the time this report was filed.

KanyiDaily had also reported how a one-year-old boy drowned after falling into a bucket of water while playing with his siblings in Nnewi, Anambra state.

READ:  Uganda's Minister Of Finance Kneels To Celebrate Her Husband On His Birthday