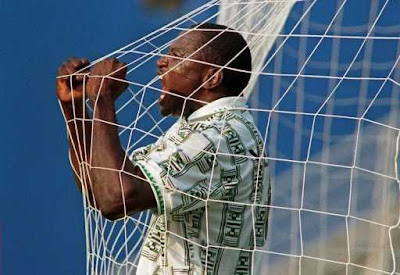 Bereaved younger sister of late Rashidi Yekini, Suliat Olatunji Yekini, 28, said they took the late African Footballer of the Year to a herbal home for rehabilitation after being bedridden for weeks in his house in Ibadan, Oyo State.

Yekini died last Friday and was buried on Saturday in his hometown, Ira in Kwara State. There were, however, reports that Yekini’s lawyer, Jubril Mohammed, alleged that there was complicity in the death of the late striker.


“We did not force him to where we took him to. He has been on this problem since 2010 and I think we are eligible as his family to have taken him to a traditional centre for assistance.

“There was a day my brother burned most of his belongings after he had distributed many people on the street and I believe we needed no order from anybody for us to help him. Where were they when my brother was troubled mentally?” she queried.