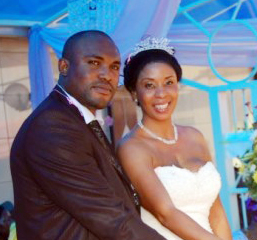 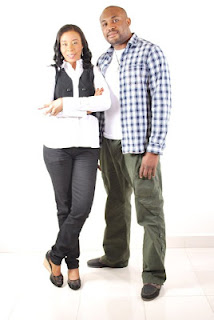 This
is one of those perfect story lines that we watch in movies. It is the
shocking revelations trailing the three years marriage of a popular TV
gal, and actress turned producer of Bold Faces-a celebrity oriented
magazine programme that runs on DSTV and probably other terrestrial
stations, Tricia Esiegbe-Kerry. 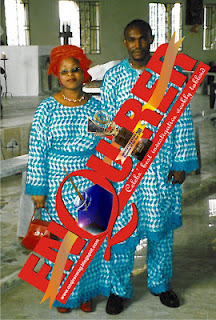 Three
years down the lane, after her society wedding that drew notables from
the Nollywood industry and also football stars (at least Julius Aghahowa
and Celestine Babayaro were there), Mrs. Tricia Esiegbe-Kerry seems to
have reasons to face the public and tell them how well she knows the man
she married in a colourful gathering of who`s who and in a prestigious
venue, Best Southern hotel, Lekki, Lagos sometime in the tail end of
2009.
It is pertinent to know that, at their wedding which had the award winning Nollywood director, Kingsley Omoefe as best man
in 2009, the bridegroom, Kingsley Kerry had threatened and warned
everybody most especially members of fourth estate of realm that should
anybody write any rubbish about him regarding his new contracted
marriage, the fellow would not just regret his/her life but sell family
properties to pay damages resulting from libel.
In
his closing speech at the wedding, Kerry having surveyed his guests
round later turned his gaze at the direction of the Nollywood
personalities who were sandwiched with invited members of fourth estate
of realm and says thus,: I want to tell the press that, if they ever
think that they can use our wedding to sell their papers, they`re in for
a sucker punch, anybody that write rubbish about my wife and I will go
for it, you guys will pay and go
to jail, I mean it, you guys will know that, I am a true Edo born”, a
quotation from his threats at the wedding three years ago.
And
as if that was not enough, the chairman of the wedding that evening in
person of Paul Obazele also has this message to pass to the guests,
“whoever makes any attempt to rubbish the union in the papers will go
to jail and the families of the
fellow would pay dearly for it”, Paul swore. Please read the bromide and
full text of our coverage on their wedding three years ago by the
right. 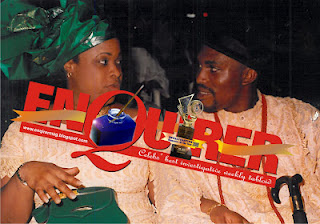 This office was fortunate to be one of the few media that covered the society wedding and we were
so amazed at the level of caution and cold attitude displayed by the
hosts to their guests instead of showing appreciation for honouring the
joyous occasion, all these, put together were what gave us the
premonition that, there`s more to the marriage than meets the eyes
because a clear conscience fears no accusation. We however got the lead
that eventually traced our path to what can best be described as another
husband snatching tales and a bigamy case.
The
dateline was last Thursday, June 28th, 2012 when this lazy reporter
found his way to the vicinity of Ikeja High Court and as fate will have
it, we saw the very husband of BOLD FACES producer, Tricia
Esiegbe-Kerry coming out of
Court 34 in company of a lawyer with an agitating expression. It was the
mood that gave him out that, something is definitely amiss, and this
was what drove our interest as we began to dig to know why he was in
court. 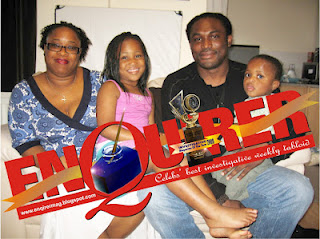