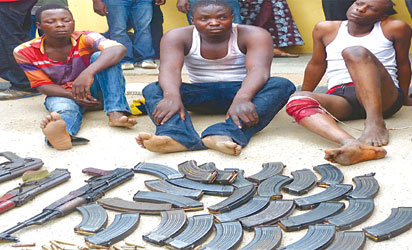 LAGOS  State Police Command has arrested three suspected members of a
notorious robbery gang that have been on its wanted list, recovering
five AK 47 riffles and nine magazines. The gang that specialized in
operating in almost all the parts of the country, reportedly started as
an eight-man gang. But two of them have reportedly been killed in
separate shoot-outs.

The arrested suspects who were paraded before journalists at the
Lagos State Police Command, weekend, did not mince words in revealing
their separate roles in the gang…………

One of them, Wale Adeniyi, revealed
that he was the gang’s hit man, 27-year-old Taofeek Bukola said he was the gang’s driver while 20
year-old Oladun Agemo declared himself as the gang’s armourer. Luck ran
against them while returning from a herbalist’s home where they had gone
to renew their charms on the penetration of bullets, before going on an
operation in Ogun State.

In this interview with Crime Alert, Taoffek said he was tempted to
join the gang because of his inability to get money for his mother’s
medical bill. He claimed that he lost his father years back, leaving his
mother to cater for him and his four siblings.

But along the line, he said his mother had a mental problem which
confined her to a herbalist’s home. Since then, he said he had to cater
for himself, his wife, two children and his siblings. But meeting some
of the financial obligations of his mother, like buying of herbs and
other things was the most tasking.

He said: “As a result of this, I would work in the bakery until 6am
and then work as commercial bus driver, shuttling between Oshodi and
Iyana-Ipaja. Yet I could not meet up, as I normally got N1500 to N2000
everyday, which I used to feed my family. Then three months ago, I met
Akin who introduced me to the gang. My job was to drive them to the
venue of the operation, wait in the car while they went in and drive
immediately they came out.

“So far, I have gone on operations in Ibadan, Ogun and Akure with
them. In the first operation, I was given N150,000 and in another one I
was given N70,000 while in the third one I was given N100,000. The money
shared at the end of each operation depended on how much we realized in
the operation. We usually operated with information. We don’t just go
to anybody’s house.

On the day of our arrest, I drove them to Ado where they said they
were going to renew their ‘ijaya’(charm to instill fear on their
victims) and also that which will not make bullet to penetrate into
them. It was on our way back to Otta that we were arrested.”

Asked where he got money to buy the vehicle, he said he got it from
the sale of his mother’s family plots, regretting that he was likely
going to die. When 20-year-old Oladun Agemo was approached, he simply
stated that he was the gang’s armourer, and that he had never gone on
any operation with them.

He said: “They only give me their guns to keep at the end of each
operation. When they come to keep it, they would give me N4000 and at
times N5000. The guns are owned by Akin. He is the president of the
gang. I met them when they came to have their hair cut because I am a
barber.”

Asked what lured him into the gang since he at least, had a means of
livelihood, he kept quiet, then said: “I regret everything now. The
money I got was used only to eat. I did not even use it to buy a car. My
only pain is that my four-day old son may not grow up to know his
father because as it is, I do not know if I will come out of this
alive.”

The third suspect, Wale Adeniyi, who could barely talk owing to the
excruciating pains from the bullet wounds he sustained during exchange
of fire with the police, said he was the gang’s hit man.

The 28-year-old Akure born who seems to have spent longer time with
the gang than his colleagues, said he was into smuggling business at the
border before joining the gang. Although he did not say exactly how
many lives he has wasted during operation, he only maintained he was the
gang’s best hit man.

He said: “Whenever we were going for an operation, I was usually given a
riffle first before any other person. This was because of my boldness.
It was Akin, our leader who introduced me into the gang.”

At this point, he kept quiet, clinching his teeth in pains. After a
while, he shook his head, signifying he could not talk again. He tried
to lift up his leg where he sustained the gun shot wound but could not.
After a while, he laid on the floor and said:

“I knew this day will come. But what I did not know was how soon.
When it clocked one year of my joining the gang, I started  thinking of
leaving them and returning to my smuggling business because I was
getting tired of always watching my back in fear all the time. And to
think that a policeman once warned me to leave this business, oh God, it
is regrettable.”

He  managed to say he got N400,000 to N600,000 in some of the
operations with the least amount being N100,000, adding that his greed
to have more led him to his end. Efforts to further get more information
from him failed as he just gave a blank stare, apparently unsure of
police next move.

Lagos State Commissioner of Police, Mr. Umar Manko, said the police
was still carrying out a manhunt for other members of the gang. The
command, he said, was taking proactive strategic measures to curb
criminal activities in the state by taking the war to robbers hideouts. 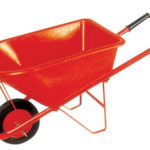 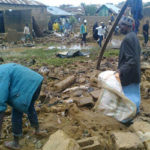