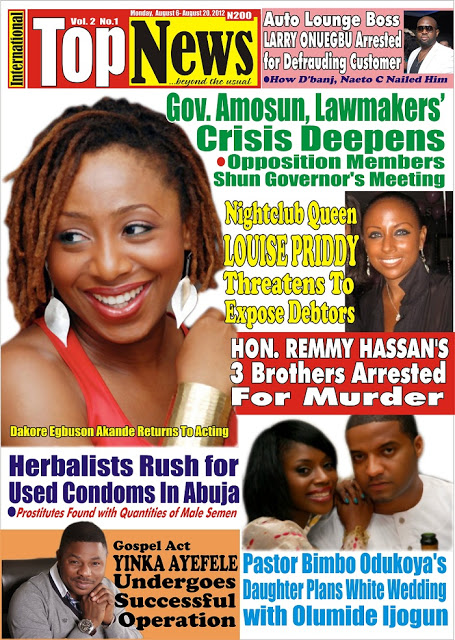 Used Condoms in the past is something that none pays attention to, but
shockingly it has now become one thing no one wants to drop carelessly
especially patrons of “runs” babes in the Federal Capital Territory
because of the huge financial prices.
Information has it that herbalists now buy it from most call girls and runs babes in the Federal Capital Territory….Continue.

Already
most patrons now pick their used condoms from prostitutes, and dispose
it themselves so as not to get their sperm that is stocked in the condom
in the hands of herbalists.

According to those who should know,
many young girls who are now involved in the prostitution business are
now willing to go out with men at any cost unlike in the past. They
don’t haggle prices with customers because they make fast cash from the
sale of the sperm of all customers that they sleep with.

According
to some of the young prostitutes, some herbalists do come along from
4:30 am each morning to collect and pay cash for used condoms.

Last
month and early this month, men of the Abuja Task Force arrested over
1400 prostitutes out of which over 80percent were caught with used
condoms filled with sperm which shocked the Task Force personnel thereby
giving credence to the booming trade involvement of the most call girls
in the sordid act of selling sperm for money.

Already the
business is now a booming one as the girls are in haste to sleep with
anyone so far they can be handy with the condoms from such entanglement,
thereby earning some thousands of naira in cash as proceeds from their
sperm sales.

While none of the young girls arrested and spoken to
can give any accurate or clear cut reasons why and what the buyers are
using the sperm for, some herbal practitioners confirm it is a
ready-made tool for some herbal charm.