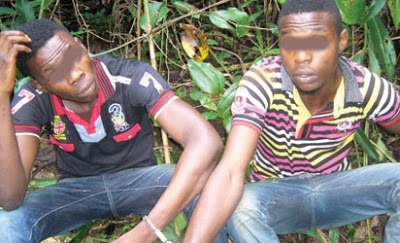 TWO students of Federal Polytechnic, Auchi, Edo State, Henry Edewo, 21 and Emmanuel Isikhuime, have been arrested by the Police for kidnapping, molesting and murdering a female student, one Mercy Peter, 21, also a student of the institution.

They were alleged to have buried their victim in a shallow grave in a forest at Ugbor village, Oredo Local Government Area of Edo State, after killing her…..continue reading

It was gathered that the victim, who was kidnapped on July 29, this year, was killed four days later after she was serially molestd by the suspects.

They were also alleged to have continued to demand for ransom from her parents after killing her.

State Police Public Relations Officer, Anthony Airhuoyo, however, told newsmen that the police made a breakthrough in the case on October 17 when two of the suspects were arrested.

He added that a third suspect, whose name was given as Charles, was still on the run.

Airhuoyo disclosed that the suspects took the police to the spot where they buried Mercy and her corpse was exhumed. He said they were awaiting autopsy report. 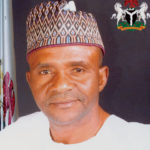