You want to get married. It’s taken a while to admit it. Saying it out loud — even in your mind — feels kind of desperate, kind of un-feminist, kind of definitely not you, or at least not any you that you recognize. Because you’re hardly like those girls on TLC saying yes to the dress and you would never compete for a man like those poor actress-wannabes on The Bachelor. 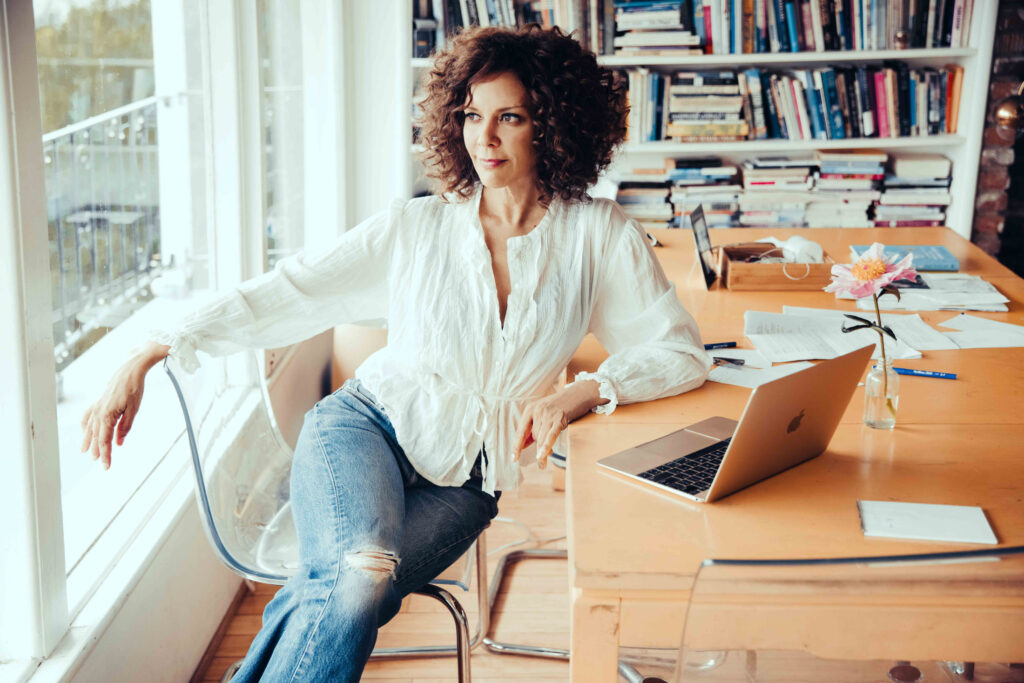 Then, something happened. Another birthday, maybe. A breakup. Your brother’s wedding. His wife-elect asked you to be a bridesmaid, and suddenly there you were, wondering how in hell you came to be 36-years-old, walking down the aisle wearing something halfway decent from J. Crew that you could totally re-purpose with a cute pair of boots and a jean jacket.

You started to hate the bride — she was so effing happy – and for the first time ever you began to have feelings about the fact that you’re not married. You never really cared that much before. But suddenly (it was so sudden) you found yourself wondering… Deep, deep breath… Why you’re not married.

Well, I know why……How? It basically comes down to this: I’ve been married three times. Yes, three. To a very nice MBA at 19; a very nice minister’s son at 32 (and pregnant); and at 40, to a very nice liar and cheater who was just like my dad, if my dad had gone to Harvard instead of doing multiple stints in federal prison.I was, for some reason, born knowing how to get married. Growing up in foster care is a big part of it.

The need for security made me look for very specific traits in the men I dated — traits it turns out lead to marriage a surprisingly high percentage of the time. Without really trying to, I’ve become a sort of jailhouse lawyer of relationships — someone who’s had to do so much work on her own case that I can now help you with yours.But I won’t lie. The problem is not men, it’s you. Sure, there are lame men out there, but they’re not really standing in your way. Because the fact is — if whatever you’re doing right now was going to get you married, you’d already have a ring on. So without further ado, let’s look at the top six reasons why you’re not married.

1. You’re a bitch.
Here’s what I mean by bitch. I mean you’re angry. You probably don’t think you’re angry. You think you’re super smart, or if you’ve been to a lot of therapy, that you’re setting boundaries. But the truth is you’re proud. At your mom. At the military-industrial complex. At Sarah Palin. And it’s scaring men off.
The deal is: most men just want to marry someone who is nice to them. I am the mother of a 13-year-old boy, which is like living with the single-cell protozoa version of a husband. Here’s what my son wants out of life: macaroni and cheese, a video game, and Kim Kardashian.
Have you ever seen Kim Kardashian angry? I didn’t think so. You’ve seen Kim Kardashian smile, wiggle, and make a sex tape. Female anger terrifies men. I know it seems unfair that you have to work around a man’s fear and insecurity in order to get married — but actually, it’s perfect, since working around a man’s fear and insecurity is big part of what you’ll be doing as a wife. 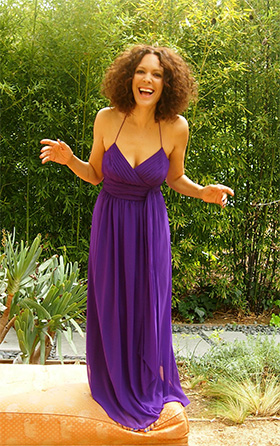 2. You’re Shallow.
When it comes to choosing a husband, only one thing really, truly matters: character.

So it stands to reason that a man’s character should be at the top of the list of things you are looking for, right? But if you’re not married, I already know it isn’t. Because if you were looking for a man of character, you would have found one by now.
Men of character are, by definition, willing to commit. Instead, you are looking for someone tall. Or rich. Or someone who knows what an Eames chair is. Unfortunately, this is not the thinking of a wife. This is the thinking of a teenage girl. And men of character do not want to marry teenage girls. Because teenage girls are never happy. And they never feel like cooking, either.
3. You’re a slut.
Hooking up with some guy in a hot tub on a rooftop is fine for the ladies of Jersey Shore – but they’re not trying to get married. You are. Which means, unfortunately, that if you’re having sex outside committed relationships, you will have to stop. Why? Because past a certain age, casual sex is like recreational heroin — it doesn’t stay recreational for long.
That’s due in part to this thing called oxytocin — a bonding hormone that is released when a woman a) nurses her baby and b) has an orgasm — that will totally mess up your casual-sex game. It’s why you can be fuck-buddying with some dude who isn’t even all that great and the next thing you know, you’re totally strung out on him. And you have no idea how it happened. Oxytocin, that’s how it happened. And since nature can’t discriminate between marriage material and Charlie Sheen, you’re going to have to start being way more selective than you are right now.
4. You’re a Liar.
It usually goes something like this: you meet a guy who is cute and likes you, but he’s not really available for a relationship. He has some condition that absolutely precludes his availability, like he’s married, or he gets around town on a skateboard. Or maybe he just comes right out and says something cryptic and open to interpretation like, “I’m not really available for a relationship right now.”
You know if you tell him the truth — that you’re ready for marriage — he will stop calling. Usually that day. And you don’t want that. So you just tell him how perfect this is because you only want to have sex for fun! You love having fun sex! And you don’t want to get in a relationship at all! You swear! About ten minutes later, the oxytocin kicks in. You start wanting more. But you don’t tell him that. That’s your secret — just between you and 22,000 of your closest girlfriends. Instead, you hang around, having sex with him, waiting for him to figure out that he can’t live without you. I have news: he will never “figure” this out. He already knows he can live without you just fine. And so do you. Or you wouldn’t be lying to him in the first place.

5. You’re Selfish.
If you’re not married, chances are you think a lot about you. You think about your thighs, your outfits, your naso-labial folds.

You think about your career, or if you don’t have one, you think about doing yoga teacher training. Sometimes you think about how marrying a wealthy guy — or at least a guy with a really, really good job — would solve all your problems. However, a good wife, even a halfway decent one, does not spend most of her day thinking about herself. She has too much shit to do, especially after having kids.
This is why you see a lot of celebrity women getting husbands after they adopt. The kids put the woman on notice: bitch, hello! It’s not all about you anymore! After a year or two of thinking about someone other than herself, suddenly, Brad Pitt or Harrison Ford comes along and decides to significantly other her. Which is also to say — if what you really want is a baby, go get you one. Your husband will be along shortly. Motherhood has a way of weeding out the lotharios.
6. You’re Not Good Enough.
Oh, I don’t think that. You do. I can tell because you’re not looking for a partner who is your equal. No, you want someone better than you are: better looking, better family, better job.
Here is what you need to know: You are enough right this minute. Period. Not understanding this is a major obstacle to getting married, since women who don’t know their own worth make terrible wives. Why? You can fake it for a while, but ultimately you won’t love your spouse any better than you love yourself.
Smart men know this.I see this at my son’s artsy, progressive school. Of 183 kids, maybe six have moms who are as cute as you’re trying to be. They’re attractive, sure. They’re just not objects. Their husbands (wisely) chose them for their character, not their cup size. Alright, so that’s the bad news.
The good news is that I believe every woman who wants to can find a great partner. You’re just going to need to get rid of the idea that marriage will make you happy. It won’t. Once the initial high wears off, you’ll just be you, except with twice as much laundry. Because ultimately, marriage is not about getting something — it’s about giving it.
Strangely, men understand this more than we do. Probably because for them marriage involves sacrificing their most treasured possession — a free-agent  — and for us, it’s the culmination of a princess fantasy so universal, it built Disneyland.
The bottom line is that marriage is just a long-term opportunity to practice loving someone even when they don’t deserve it. Because most of the time, your messy, farting, macaroni-and-cheese eating man will not be doing what you want him to. But as you give him love anyway — because you have made up your mind to transform yourself into a person who is practicing being kind, deep, virtuous, truthful, giving, and most of all, accepting of your own dear self — you will find that you will experience the very thing you wanted all along:

————————————————————-
Tracy McMillan is a TV writer whose credits include Mad Men and The United States of Tara. Her memoir I Love You and I’m Leaving You Anyway is now available in paperback from Harper Collins/It Books. She lives in Los Angeles with her 13-year-old son. Follow her on Twitter. 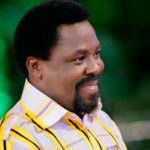