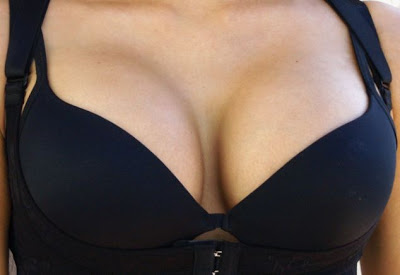 A buxom 14st woman faces manslaughter charges after allegedly smothering her lover with her breasts during a drunken row inside a mobile home. Donna Lange, 51, from Everett, Washington, is reported to have thrown herself down on top of her boyfriend at midday on Saturday.
Police arrived at the scene following reports of shouting coming from inside the mobile home and found Lange lying on top of her boyfriend, 51, who weighed a stone less than her.
Donna Lange, 51, from Everett, Washington, is alleged to have thrown herself down on her boyfriend inside a mobile home, smothering him to death with her breasts. File picture
Witnesses say they heard the 5ft 7in man, who shared the mobile home with 5ft 6in Lange, pleading with her to get off of him.
One witness told The Sun: ‘She had her chest on his face – she smothered him to death.’
Lange, who was heavily intoxicated and received facial injuries in the disturbance told police she had no idea how the man had died. 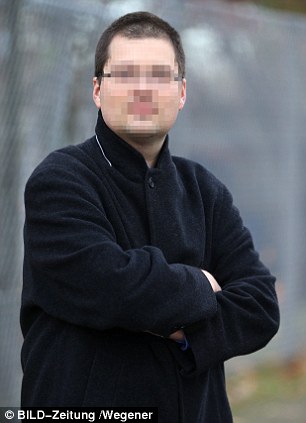 Doctors tried to save him but he was pronounced dead on arrival at Washington Swedish Medical Centre.
Police said that in addition to the victim, a man and three women were at the scene, all who were heavily intoxicated.
A policeman photographed what appeared to hair the same colour as Lange’s, clutched in the victim’s hand.
Lange faces charges of second-degree manslaughter.
Claims: The German lawyer (pictured) has accused his girlfriend of trying to smother him to death with her breasts
Two months ago a German woman was accused of trying to kill her lawyer boyfriend with her 38DD breasts.
Franziska Hansen, 33, from Unna, who weighs nine stone was accused of ‘attempted manslaughter with a weapon’ after her 13-stone boyfriend claimed she tried to smother him with her breasts and pretend it was a sex game.
She denies the claim saying it was a sex game and he knew what it was all about.
Tim Schmidt told the German court that although they had had a difficult relationship, until then everything in the bedroom had been normal.
‘The incident happened in May – we were having sex,’ he said.
‘She was sitting on me naked and I was kissing her breasts. Suddenly she grabbed my head and pushed between her breasts with all of her force.
‘I couldn’t breathe any more, I must have turned blue. I couldn’t tear myself free and I thought I was going to die.’
He said that with his last reserves of strength he had managed to extricate himself from the woman’s vice-like grip and fled naked to a neighbour and demanded he called the police.
Mr Schmidt said when they met four years ago, the couple had been completely in love.
He said: ‘Everything was great between us – and I would have done everything for her. But it started to go wrong when I got my first job as a lawyer and we moved to Unna.
‘She could not hold down a job and just had one part-time job after the other. And the better my career went – the worst it seemed to be for her.’
He said Hansen tried to kill him after learning he was planning to leave her.
‘It is clear she wanted to kill me,’ he said. ‘She even admitted it to me on the telephone. I asked her why she wanted to smother me to death with her breasts and she told me: “Treasure – I wanted your death to be as pleasurable as possible.”’ 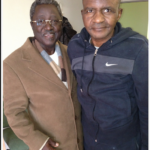 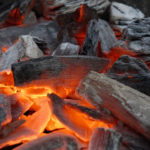