LAGOS State Government Monday made good its threat to shut down the popular auto spare parts market, Ladipo in Mushin area of the state for allegedly contravening the State Sanitation law, paralyzing business activities of traders among other users of the market.

During the exercise the taskforce claimed 10 suspected armed bandits were arrested from a section of the  market. The taskforce said they included five hoodlums who initially prevented the task force from carrying out the operation.

Before the closure, Commissioner for the Environment, Mr. Tunji Bello, had visited the market and decried the wanton degradation of the environment including filthiness of the area, warning that if nothing was done, the market would be shut.

However, the traders were said to have taken government’s threat lightly and did nothing to remedy the situation until officials of the Lagos State Taskforce on Environmental and Special Offences (Enforcement) Unit stormed the market to shut it.

Before the closure, it was gathered that trading activities usually took place on the streets without regard to the law against such activities. 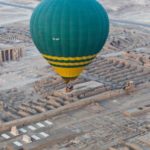