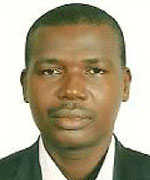 Ebun-Olu Adegboruwa is a pastor with the Redeemed Christian Chruch of God, Lekki and also a human rights lawyer…He sued Lagos State Goverment and two weeks ago, Justice Saliu Saidu of the Federal High Court Lagos barred Lagos State Government from further collecting tolls from users of the Lekki-Ikoyi Suspension Bridge. Justice Saliu Saidu, in his judgment declared that since the bridge was built by public funds, imposition of tolls on motorists using it was illegal.

On Monday, April 14, 2014, at about 3a.m, armed men stormed my house, at Plots 1-3, Ebun-Olu Adegbouruwa Lane, Itedo, Lekki Phase 1, Lagos. They were about eight of them in number. They were well armed with short guns. They scaled through my fence, tied my security man and my driver, at my gatehouse.

They asked if the compound belonged to Adegboruwa, if Adegboruwa had a mobile police guard, if Adegboruwa lived alone or had tenants, and whether my neighbour had policemen on patrol.

They then started to demolish my window burglaries, they scaled upstairs to my terrace, to break into my living room upstairs, by which time I had already called for help, from the neighbours and from the police.

They then tried to gain entrance into my kitchen downstairs, without success. They then descended upon my security man and driver, beat them up mercilessly and started uprooting my burglary with the heavy instruments that they brought. It was at this point that the police arrived, but the police could not gain entrance into my compound, because my security man had been tied.

I saw the armed men myself from my location upstairs. They looked very mean and determined, possibly not the usual armed robbers after material things.

I do believe that this was an assassination attempt upon my life, by the enemies of the people of the masses of Nigeria, and in particular the good people of Lagos State, in the Lekki-Ajah axis. One of my neighbours has since confirmed that he actually saw a car that dropped off these armed men around my fence at about 2a.m. They were sent on specific instructions.

I believe that those who have vested interests in the continued collection of the illegal toll fee are at the bottom of this assassination attempt, as a way of discouraging me or stopping my legitimate struggle against illegality, oppression and all undemocratic tendencies of our governments. I will not give up on this struggle, no matter the intimidation and harassment, that I may face. It is a cause that cannot be stopped.

Consequently, I call on Nigerians to hold the Lagos State Government and all those who have vested interests in the Lekki-Ikoyi bridge toll fee, responsible for any harm that may come my way. Our government must be open to legitimate opposition and transparency in their affairs.

It is not by attempting to snuff the life out of people, that government will escape its statutory accountability to the people. My life is in the hands of God, therefore I do not fear what man can do to me. I know that ultimately, those who are now after my life, will one day face the Supreme Court of God, where they will have to account for all their misdeeds, including their corruption and misgovernance.

This struggle will continue, because I know that victory is certain, through God.

Thank you all.
Ebun-Olu Adegboruwa, Esq. 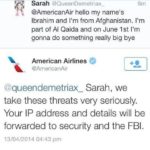