The policeman, who was caught on video demanding dollars as bribe from a Nigerian-American and two other Nigerians for alleged traffic offences in Lagos, has been arrested and is now facing an orderly room trial….If you haven’t seen the video, do so HERE
The man, identified as Corporal Aniyem Chiyem, whose video was posted on YouTube was secretly filmed by one of the passengers in a three-minute, 45-second footage. A statement by the Force Public Relations Officer, CSP Frank Mba, on Monday in Abuja said that the hitherto unknown Chiyem with Force No. 374171, was attached to Isheri Division, Lagos State Police Command. “His arrest was sequel to a matching order issued by the Inspector-General of Police, Mohammed Abubakar to the Commissioner of Police, Lagos State, Umar  Manko, to ensure prompt arrest and investigation of the matter.
“Following his arrest, the suspect who is now in police custody, is undergoing orderly room trials and if found guilty, will face appropriate disciplinary actions,” the statement said. In the footage, a passenger was heard explaining to the policeman that one of them was actually celebrating his birthday and that they were hurrying up to catch up with a friend.  The incident, according to the description given on YouTube, was said to have happened in the Egbeda area of Lagos. “Arrange dollars. Give us dollars,” the policeman, who was holding an AK-47 rifle, demanded from one of the passengers.
The cop, who sat at the rear seat of the car, subsequently ordered the passenger back into the vehicle with a view to kick-starting the negotiation. The Nigerian-American explained that he wasn’t carrying any dollars on him and that he was only on vacation in the country. “I don’t have dollars, We only have naira,” the passenger who spoke with what can be described as an American accent, said. One of the passengers, on noticing the policeman’s resolve to take bribe, offered him N700 which Chiyem rejected.
“This is N700. What is the value of N700? I need dollars. Let us go and change it (naira to dollars). Bring better thing. That one is not money,  I don tell you finish o,” he said. Meanwhile, the IG has commended the unknown whistleblower in the case for his painstaking efforts in exposing what would have been a hidden crime. He equally enjoined other members of the public to emulate “this noble and patriotic action which will certainly go a long way in checkmating crime in our society.”
Source 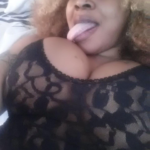