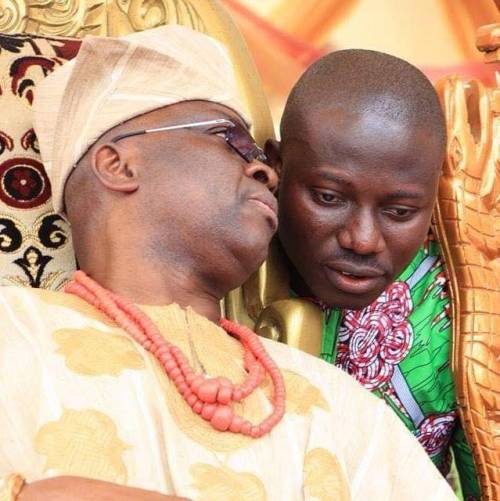 According to SaharaReporters, the former governor sacked Anifowose for voting for a former Vice President, Atiku Abubakar, in the Saturday’s Peoples Democratic Party (PDP) Primaries.

KanyiDaily had reported how Atiku defeated 12 other candidates including his closest rival, Governor Nyesom Wike of Rivers State, in a keenly contested presidential primary held at the Moshood Abiola Stadium in Abuja.

It was gathered that Fayose had called on his delegates to support Wike’s presidential ambition, saying that the Rivers Governor is a “man with exemplary character.”

However, a source told SaharaReporters that Fayose is upset and angry with some delegates from Ekiti who voted for Atiku, against his choice.

It was learnt that Fayose sent a SOS message to some of his core supporters that Sunday (Sunshine) should never be seen close to his NTS Hotel at Ado Ekiti henceforth, for daring to go against his directive.

“Fayose is still making his findings to know the number of delegates from Ekiti that flouted his order, but since Sunshine’s vote for Atiku is clearly confirmed, Fayose has vowed to deal with him seriously for such action, despite the immediate verbal molestation and harassment of Sunshine on Saturday evening by Fayose at the Abuja hotel, where the state delegates were lodged,” a source told SaharaReporters.

Another source while confirming the development said Fayose would not spare Sunshine and others who voted for Atiku against Wike.

“They disgraced Fayose, and they will be punished severely for the disrespect,” the source said.

It was gathered that Sunday had started moving his belongings out of Fayose’s hotel at GRA, Onigaari, Ado Ekiti, Ekiti state on Tuesday’s morning.

Sunday Anifowose, who has been with Fayose for years, had in July 2017 led a programme tagged stomach infrastructure train in Fayose’s administration.

Meanwhile, Governor Nyesom Wike has broken his silence after losing the presidential ticket of the Peoples Democratic Party (PDP) to Atiku Abubakar.