The princely amount of N46 million in the dormant bank account of the Emir of Kano, Alhaji Ado Bayero, was simply irresistible for the young female banker.

So the suspect, Amina Magaji, was prepared to risk everything to reactivate the account and convert part of the balance there in to her use. The account was said to have been opened  in 1967 but went dormant later.

The suspect allegedly applied for a cheque book, got it and began to operate the account. By the time the bubble burst, she had, according to a source, withdrawn N17million from the account.  The suspect is allegedly married to a senior staff of  a broadcast organisation.

Amina, believed to be in her late 30s, allegedly began systematic withdrawal from the monarch’s account since 2011 before she ran out of luck when her boss discovered discrepancies in the Emir’s signature.

An EFCC source disclosed that the suspected fraudster requested for a cheque book purportedly on the order of Bayero which the bank obliged her, but, unknown to other bank officials, the cheque book remained in her custody. She consequently used the cheque to make withdrawals from the monarch’s account.

Bank sources revealed that Amina within the last four years withdrew N17 million from the Emir’s account  before the scam blew open.

The EFCC source said the matter was reported to the anti graft agency for appropriate action, stressing that “consequent upon that, we invited and quizzed 12 staffers closely related to the account”.

An EFCC operative, who spoke to Sunday Vanguard on the condition of anonymity, revealed that “preliminary investigations indicate that many of them have case to answer as we are able to establish conspiracy and negligence on the part of those connected with the monitoring and control of the bank account in question”.

It was learnt that “the bank has raised the alleged stolen money through the 12 staffers quizzed by the EFCC and returned same to the Emir while the principal suspect has been fired as part of measures adopted by the bank to restore confidence.”.

In the meantime, the principal suspect is said to be cooling her feet in the EFCC custody pending the completion of investigation into the case.

EFCC spokesman, Wilson Uwajeren, confirmed the story; but refused to go any further. 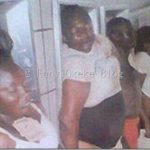