Menu
If your car was powered by thorium, you would never need to refuel it. The vehicle would burn out long before the chemical did. The thorium would last so long, in fact, it would probably outlive you.

A company called Laser Power Systems has created a concept for a thorium-powered car engine. The element is radioactive, and the team uses bits of it to build a laserbeam that heats water, produces steam, and powers an energy-producing turbine.

Thorium is one of the most dense materials on the planet. A small sample of it packs 20 million times more energy than a similarly-sized sample of coal, making it an ideal energy source.

The thing is, Dr. Charles Stevens, the CEO of Laser Power Systems, told Mashable that thorium engines won’t be in cars anytime soon.

“Cars are not our primary interest,” Stevens said. ”The automakers don’t want to buy them.”

He said too much of the automobile industry is focused on making money off of gas engines, and it will take at least a couple decades for thorium technology to be used enough in other industries that vehicle manufacturers will begin to consider revamping the way they think about engines.

“We’re building this to power the rest of the world,” Stevens said. He believes a thorium turbine about the size of an air conditioning unit could more provide cheap power for whole restaurants, hotels, office buildings, even small towns in areas of the world without electricity. At some point, thorium could power individual homes.

Stevens understands that people may be wary of Thorium because it is radioactive — but any such worry would be unfounded.

“The radiation that we develop off of one of these things can be shielded by a single sheet off of aluminum foil,” Stevens said. ”You will get more radiation from one of those dental X-rays than this.” 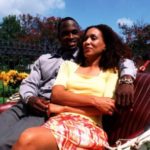 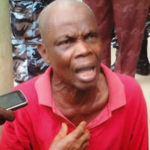