Menu
After Lady Gaga’s many crazy looks at award shoes, from her all-meat suit to her entrance inside an egg, not many looks can truly shock me. Bright colors and throwback looks have been all the rage for stars like Nicki Minaj and Katy Perry, and it looks like there’s a new member of the club. 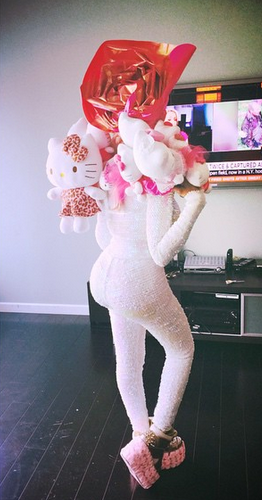 Cameroonian singer Dencia wore a white sparkly jumpsuit bedazzled with Hello Kitty dolls to the 2015 BET Awards, complete with a head tie that formed a rose on top of her head.

Dencia’s sparkly white jumpsuit with a gold zipper down the middle is totally not surprising for an award show, but her embellishments sure were.

More deets and photos when you continue… 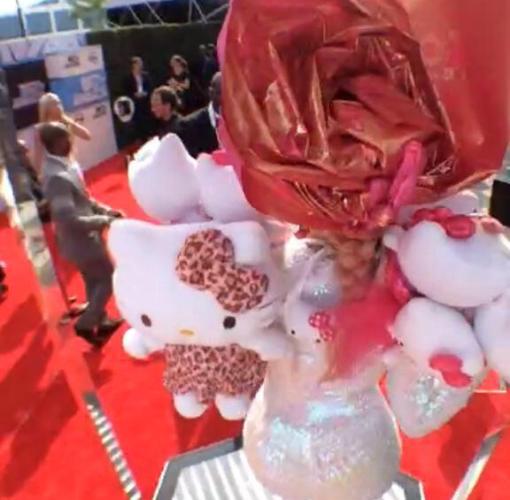 On both shoulders, she had different sized Hello Kitty dolls patched on, making for some serious padded shoulders. The largest doll was attached onto her back, while a slew of little ones sat closer to the front.

Check out what @iamdencia and all your fav celebs are wearing on the #BETAwards red carpet https://t.co/dnmmEMXEHr

Of course, no outfit is complete without stunner shades. Her sunnies, which featured metal caging, reminiscent of a football or baseball helmet. Definitely haven’t seen anything like that before, and I’ve got to say, it’s pretty cool. As for the head tie, called a “gele” the pink fabric was coiled into a rose and placed on top of her head, leaving some bangs peeking out.

No look is complete without a killer pair of shoes, and Dencia’s look was no exception. She paired her ensemble with white and pink platform shoes. Gotta hand it to her, Dencia definitely knows how to make an entrance. 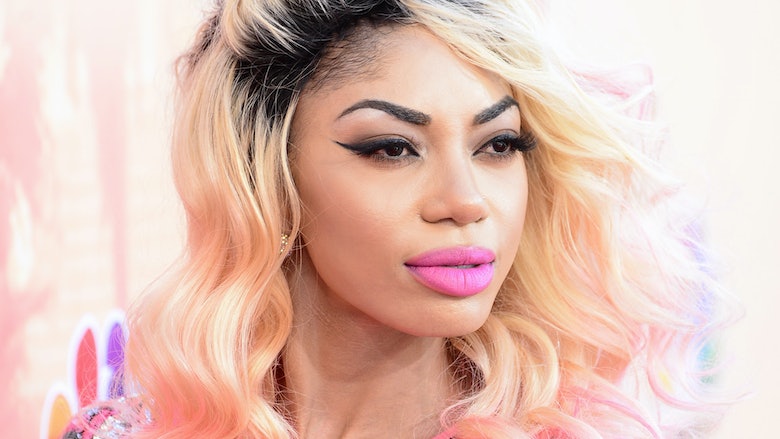 Dencia has a message for haters and critics of her fashion choice: 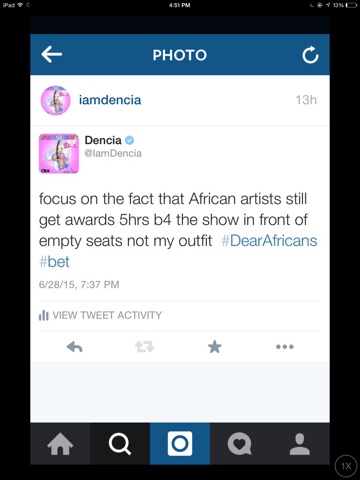 While u were worried about my outfit?your faves were waiting to give a speech in front of empty chairs with pictures at an award show made for black people.I wish y’all will be telling BET to fix that.Two years ago i spoke about that I was called a hater..FYI awards don’t come with money & awards don’t mean anyone is better than anyone (After all I have seen amazing artists get beat by not so good artists) so while u worried about me getting an award I am worried about where I’m gonna drive my Rolls Royce wraith to but for those of you who care I think African artists should be treated equally (like the American artists) how are you bringing cultures together if u aren’t putting them together officially? If the Oscars did the same thing all I’ll hear is racism..now take ur remaining data and help ur brethren (when they show u the awards in Africa it is edited to look like it was given in front of everyone 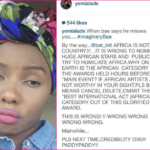