Menu
A retired Assistant Superintendent of Police, Anthony Kwanmi and three of his children were on Monday morning burnt beyond recognition in their house in an inferno suspected to have been caused by electrical spark. 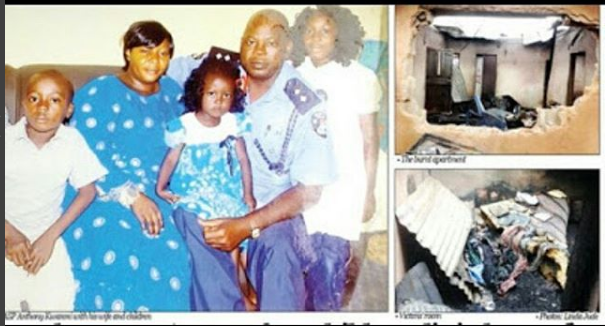 Names of the affected children were given as Theresa, Emmanuel and Kerry. Only their skeletons were allegedly recovered after the fire was put out.

But his wife and one of his children survived the unfortunate incident. They are presently receiving medical attention.

The incident occurred in the wee hours of Monday at about 1:30am in Jenta Adamu Community of Jos, North Local Government Area of Plateau State.

It was gathered that the retired police officer was former Aide De’ Camp to the second civilian Governor of the State, Amb. Fidelis Tapgun. Eyewitness account said that the fire broke out at about 1:30am on Monday immediately after the Nigeria vs Sweden match.The building was razed down completely by the fire suspected to be from electrical fault.

Online news portal, Eagle Online, reported that the last child, a girl, died at the hospital where she was receiving treatment. The children who didn’t survive are Theresa, Thomas, Emmanuel and Kerry. 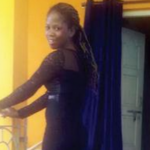 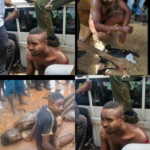