“The world has enough superheroes”, the text reads in the new Venom trailer as Tom Hardy’s alien symbiote is messing up a squad of SWAT guys. And it’s true. We’ve already gotten a half dozen superhero movies in the first half of 2018 alone. But, Venom, if this trailer is any indication, is not a superhero movie.

In this movie, Tom Hardy finds himself in a bit of a predicament, he has become the host for an aggressive alien symbiote that has given him super powers.

Unfortunately, this particular symbiote has very little regard for human life, and it’s up to Hardy to keep the alien in check.

Meanwhile, Riz Ahmed is playing some sort of megalomaniacal billionaire who wants to use the said alien symbiote’s power to usher in a new world order.

This Movie isn’t your boy scout Captain America or even a wise-talking Deadpool with a heart of gold. Venom is something much more evil-looking, and it should make for a fresh take on the overpopulated comic book genre.

The movie is in theaters on October 5. 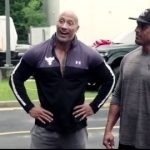 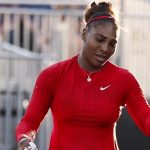