Mrs. Oby Ezekwesili, the presidential candidate of the Allied Congress Party of Nigeria (ACPN) has described the two major political parties in the country as two evils that Nigerians are usually confronted with during elections.

Ezekwesilli, who addressed a press conference in Lagos yesterday, stressing the need to choose a candidate who does not have an evil record. She said:

“Nigerians must not be told that all they are deserving of is a choice between evils.

I certainly am not an evil to choose. I am the one who comes with the right orientation of what governance should be.”

She also lamented that the people are tired of choosing between those parties, saying that during elections, only 28 million out of 67 million of the populace came out to vote in the 2015 general elections.

“So the rest stayed away from the process, this was because most of them were tired of having to choose between what Nigerians famously call evil and lesser evil,” she said, adding that the people should not be left with that kind of choice in every election year.

Dismissing the zoning arrangement in leadership selection, Ezekwesili, who is also a former Minister of Education, contended that Nigeria is deserving of stability, of cohesion and prosperity, arguing that it does not matter where the candidate that would bring these to pass came from.

“Nigeria is in need of a leader that would shape the agenda of where the society should be going, so that equality of opportunity will be a pattern of how we govern ourselves.

The poor person in Kano does not care, whether I speak Hausa or any other language. What the person cares about is that I lead effectively to better their lot.”

She assured that if elected president, her government would focus on the core issues that make people productive and competitive, even as she expressed the belief that this would endear the heart of the people to her because of the sincerity of purpose and leadership quality she would bring to governance. 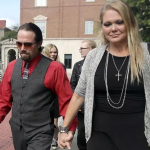 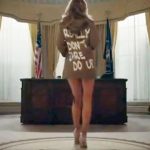