Treasure is a ‘confirm’ black girl in all intent and purposes, with skin as black as the next guy’s, but for some reason, she has gone on the show, Dr. Phil and said that she feels white and not black. She also says she hates black people.

Treasure, whose mother came on Dr. Phil’s show with her calls black people all sort of names and says they act criminally. She is a white supremacist born in a black skin. She says she does not feel black and refutes any claim that thinks her, “delusional.”

In the viral video Treasure said:

“I know a lot of people take issues with my beliefs; I’m white. I’m a Caucasian because everything about me is different from an African-American.”

She feels she’s better than black people because she operates on a higher intellectual level. She said she has naturally straight hair that doesn’t require a weave, that her nose is small, her ears are big and that her lips are a perfect size.

The 16-years old said that her figure is like Kim Kardashian whom she considers a role model. She continues that black people are ghetto by saying:

“When it comes to black people, I think they’re all ugly, and I have nothing in common with them.”

“When I think about African-Americans, I want to ask them what is wrong with them. They’re really dangerous. If an African-America is on the same street as I am, I’ll cross the street to avoid their chaotic, thuggish way.

“When I wake up in the morning, I just have such a great life, and my hair is so perfect, my skin isn’t ugly, and I’m not fat also, which is also a really African-American thing.”

Her Mother who was on the show with her said Treasure has always been like this since she was a child.

A licensed Atlanta Life Coach named Spirit blamed Treasure’s mother whom she thinks probably indulged Treasure earlier on in her life by telling her she was white, probably because she married a white man. Spirit says Treasure’s mother might have told her too late that she was actually black and not white, and that might have done something to her mental state which is causing the identity crisis. Spirit said:

When Dr. Phil tries to differentiate race from ethnicity, Treasure says that she knows she is white and she can feel it through her veins and blood that she is white. 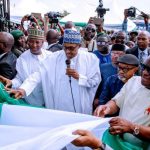 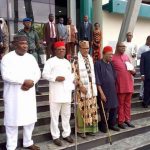