In a video published by Sahara Reporters, Abubakar Shekau, the leader of the terrorist group, Boko Haram dismissed reports of his death. He also praised his fighters and boasted about recent attacks carried out in Kumshe, Gulumba and in other areas in the northeast region.

In the video, Shekau was seen wearing military camouflage surrounded by four bodyguards all holding AK47 riffles, speaking in a mix of Arabic and Hausa.

Translated In English, he said:

“I will not say a lot, whatever you wish to say, Allah is sufficient for you.

“The war we waged in Kumshe, Gulumba and some of the villages in the region that you have heard of recently, were carried out by us and the victories given to us was by Allah alone, it is not by our power or weapons.” 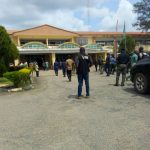 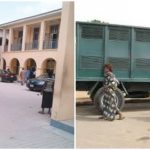