On Wednesday 7th November 2018 during the Manchester City vs Shakhtar Donetsk UCL game, we witness a pretty historic moment in footballing history after Raheem Sterling ran into the penalty area, kicked the ground instead of the ball, and was awarded a penalty for doing so.

Raheem Sterling ran into the penalty area, kicked THE GROUND instead of THE BALL, and was awarded a penalty for doing so.

No, no one touched Sterling prior to the ground kicking. No one was even close to touching him. Despite all of this, the referee pointed to the penalty spot.

THAT IS A SHOCKER!

Raheem Sterling trips on the turf, unopposed and the referee awards a penalty kick. ? pic.twitter.com/vdCDsw8Qsf

What angered football fans is the fact that Sterling did apologize after the match, he said to BT Sport:

“I went to chip the ball and don’t know what happened. I didn’t feel contact. I scuffed the ball. Apologies to the ref.”

This was called a pk ?

Sterling knew the defender never touched him.
To let the penalty go ahead makes him just as culpable as the ref.
I wish more footballers were like @Robbie9Fowler. https://t.co/FTeOB8GFuv

Sterling should have protested that penalty. Big shame really. This is why I support VAR. Unfair penalty against Shaktar.

Jose Mourinho and Raheem Sterling both get penalties for kicking the floor. ?‍♂️

Really really wish that Sterling had shaken his head & ‘fessed up’. Even if he didn’t kick the floor on purpose, he must have known he wasn’t tripped. Would have got huge plaudits.

Pyatov’s reaction to one of the funniest pen. calls in football history. #Sterling pic.twitter.com/nviMF8cWDP

Not saying that it's the biggest UEFA scandal involving Manchester City this week, but I've just seen the Raheem Sterling penalty decision.

That is possibly the worst refereeing decision I've seen in a long time. Sterling kicks the floor and goes over (not a dive) but Matviyenko was two yards away. Viktor Kassai points to the spot, what is the assistant behind the goal there for if not to challenge that? #UCL #MCISHK

Can anyone name me a worse decision than the Sterling Pen? 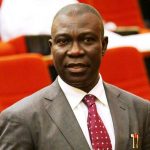 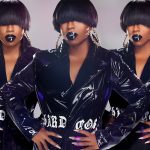