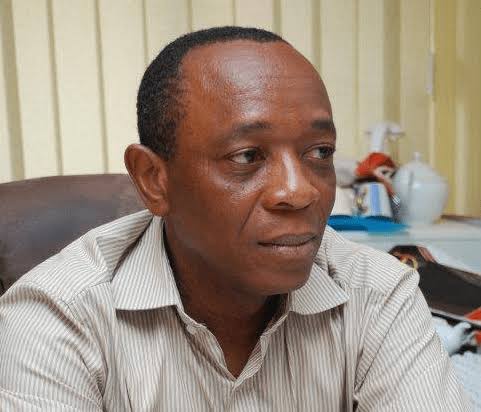 The University of Education, Winneba, Ghana, has sacked its visiting Nigerian lecturer, Prof. Augustine Uzoma Nwagbara, over comments he made in a video that has since gone viral.

Nwagbara, in a viral video, had accused the Ghanaian government of maltreating Nigerians.

The professor had urged a group of people to employ the media from Nigeria to reshape the reportage of Nigerians based in Ghana.

Shortly after the video went viral, Nwagbara was arrested by the Ghanaian police. Nwagbara, He was later granted bail but asked to report to the police frequently.

In a statement issued on Wednesday, the university said the comments by the lecturer were ” unsavoury about the country, its history as well as its educational system”.

Condemning the professor’s utterances, the university said it was highly disturbed by the “huge embarrassment” Nwagbara’s comment had brought to the institution and the country.

The University of Education Winneba said Nwagbara was found culpable of gross misconduct after an internal disciplinary process, hence, his dismissal.

Below are details of a statement issued by the university.

The University of Education Winneba wishes to inform the general public that it has taken a very serious view of the video circulating on social media, involving Prof. Augustine Uzoma Nwagbara.

Augustine UzomaNwagbara, a Professor of English Language, has been on sabbatical at the Department of Applied Linguistics since October, 2018.

In the said video, Prof. Nwagbara makes several unsavoury, unethical and damning comments about our country, its history as well as its educational system.

The University totally dissociates itself from the grossly irresponsible comments and condemns it in no uncertain terms.

The University is highly disturbed by the huge embarrassment his unguarded statement has brought to the institution, the Ministry of Education, and, indeed, Ghana as a whole.

The University, upon receipt of the video, immediately invoked its internal disciplinary process to fully examine his conduct relative to the content of the video.

The University wishes to indicate that it has in the past hosted several scholars on sabbatical leave from various countries, including Nigeria, and same have conducted themselves with high degree of decorum and professionalism during their stay.

Prof. Augustine Uzoma Nwagbara’s behaviour is totally deviant and an aberration that runs contrary to those of his predecessors or the others currently at post.

The University after subjecting Prof. Augustine Uzoma Nwagbara to internal disciplinary process finds him culpable of gross misconduct and has, accordingly, dismissed him.

The University apologises to Ghanaians for Prof. Nwagbara’s disparaging remarks about this country’s educational system and further indicates that the comments were full of factual inaccuracies.

Drama As Two Speakers Emerge In Bauchi House Of Assembly, Fights Over Mace