A teenager identified as David Iyoha is reportedly missing since on November 25, 2019, after he left home for his clearance in school at the Yaba area of Lagos State.

According to Punch, David left his parents’ house in the Ago Palace Way area of the state for clearance at the Federal Science and Technical College, Yaba, prior to the issuance of the Senior School Certificate, but had not returned home.

Speaking with newsmen, David’s father, Hamilton said all efforts by the family and friends to ascertain his whereabouts had proved abortive, adding that the family had resorted to prayers and hope in God that he would return soon.

“Since he finished his Senior Secondary School Leaving Certificate Examination, he had been at home waiting for when he would resume at an institution for computer programming; while he was waiting, we had a conversation about his secondary school clearance that would enable him to get his school leaving certificate and testimonial,” Mr Himilton said.

“I told him that to be on a safer side whenever he wanted to go to a university, he should do his clearance and get his certificate, and on November 25, 2019, he left home for school to do the clearance, but he has not come back since then.

“At first, we thought it was the traffic that delayed him, but when it was taking longer than necessary, we became worried and my wife called him around 7.38pm and he said he was on his way but far away from home. My wife asked him exactly where he was but he did not tell us and the phone dropped and subsequent calls put across to his telephone line did not connect as the line indicated that it had been switched off.

“When I got home from work, I attempted to call the number, it was still switched off. We waited till around 1am thinking that he would be back by then, but we did not see him; so, I told my wife to go and report at the police station the following day.

“When I came back from work, there was still nothing about him, so I went to the police station the next day and I was told that they had made an internal announcement to all the stations so that if he was in a cell, he could be released but there was no response that he was with them.

“I was linked with someone at the Police Intelligence and Response Team, who collected his phone number to track it, but it was discovered that since his phone went off, it had not been switched on.

“I went to his school to find out if he ever got there and the head of the department said he had not seen him and when other teachers were called, they said he did not come to the school and that he had not done the clearance; and from the tracking information the police did, it was obvious that he never got to the school; there was information about where he got to before his phone went off.”

Hamilton added that before David’s phone went off, he called his friend around 3pm and told him that they should go for the clearance, but the friend declined, stating that the teachers would have left the school and they agreed to go the next day.

The father added that some people told the family that David was seen around the Bode Thomas area of Surulere fiddling with his phone on the day of his disappearance, adding that when a search party was mobilised in the area and its environs, he was nowhere to be found.

“We keep trusting God to bring him back home as we have resorted to praying that one day, he will come back, but I still repost tweets about his disappearance on the social media, hoping that someone may see him,” he added.

Confirming the incident, the state Police Public Relations Officer, Bala Elkana, stated that efforts were being made to trace the teenager’s whereabouts.

“We got the report of a missing person and we have declared him missing and commenced an investigation. Efforts are being made to locate his whereabouts,” he said.

Meanwhile, a beautiful girl simply identified as Sadiya who was declared missing for over 5 days in Jos, Plateau State capital, has been found with a man she met online in Abuja. 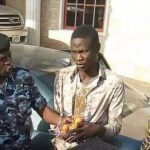 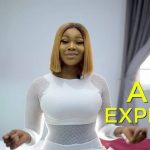