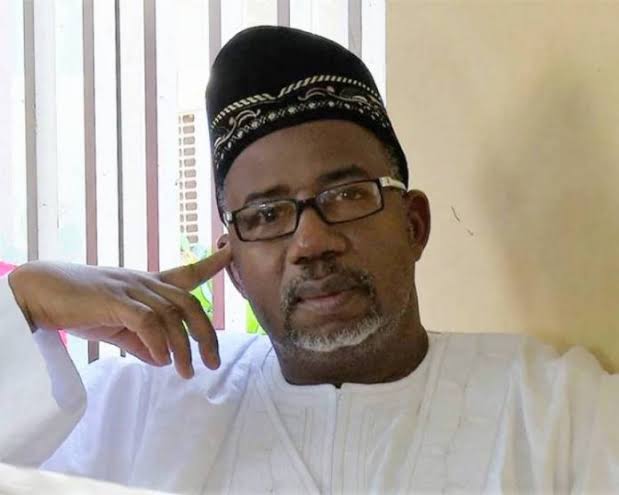 Bauchi State Governor, Bala Mohammed has gone into self-isolation after a handshake with the son of a former vice president, Abubakar Atiku.

KanyiDaily had reported on Sunday that Atiku revealed that his son has tested positive for coronavirus, and he has been moved to the Gwagwalada Specialist Teaching Hospital in Abuja for treatment.

In a statement on Monday by his Senior Special Assistant on Media, Mukhtar Gidado, Governor Mohammed revealed that he met Atiku’s son on an Aero Contractors’ flight recently, and both of them “shook hands and exchanged pleasantries.”

“This is to inform the general public that His Excellency, Sen. Bala Abdulkadir Mohammed coo the Executive Governor of Bauchi State has gone into self-isolation. This development is sequel to the report from the Nigeria Centre for disease Control (NCDC) that the son of the Former Vice President of Nigeria Mohammed Atiku Abubakar was tested positive to the Coronavirus upon his returned from an International trip through Lagos,” the statement read.

“It would be recalled that Governor Bala Mohammed who also recently returned from an official Trip in Lagos, met with Mohammed Atiku Abubakar in the Aero Contractors aircraft where they shook hands and exchanged pleasantries.

“So far, the Governor did not exhibited any symptom of the disease, but based on the recommendation of the Nigeria Centre for disease Control, he will remain in Isolation in order to avoid the risk of spread of the disease.

“Consequently therefore, the Governor has cancelled all his appointments with immediate effect and any inconveniences caused are highly regretted.” 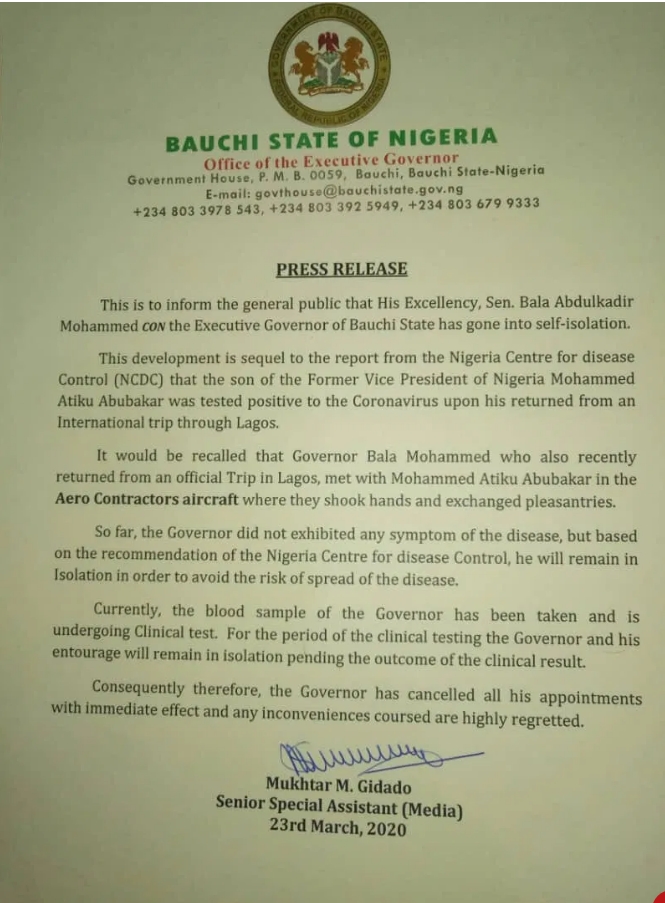 Meanwhile, the Nigeria Centre for Disease Control (NCDC) on Monday reported the first confirmed death from coronavirus in the country, with 36 total cases spread across five states and the federal capital territory (FCT). 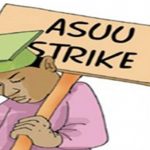 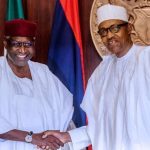