The leader of the All Progressives Congress (APC), Bola Tinubu has begged the people of Edo State to reject the candidate of the Peoples Democratic Party (PDP), Godwin Obaseki, noting that he does not deserve their votes. 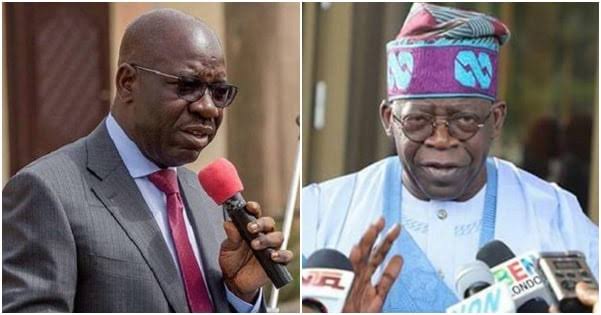 During a sponsored broadcast on TVC, the former Lagos State governor said Obaseki does not deserve any democratic ballot paper because he was not part of democracy struggle.

Tinubu said while he was taking part in the democratic struggle in the 1990s, Obaseki was nowhere to be found hence the governor’s inability to appreciate democratic institutions.

“I want to appeal, as a committed democrat and a leader of all democrats, regardless of political party, to our conscience and commitment to democracy on the forthcoming election in Edo state. I want to appeal to you to reject Godwin Obaseki in this coming election,” Tinubu said.

“I have suffered with many others to bring about this democratic regime that today we are enjoying in our country. Then, Godwin Obaseki didn’t participate in any aspect of the struggle to enshrine democracy in the country.

“Therefore, he could not understand the value and the pains that were associated with this democratic struggle. He was elected a governor by you people of great Edo State because he presented himself to you then as a democrat and he was sworn in after winning the election. No one prevented him from being sworn in.

Tinubu added that the manner in which Obaseki dealt with lawmakers who chose a different path from his, should present a red flag for anyone who wants him reelected.

“Thereafter, members of the State Assembly who got elected along with him, specifically 24 of them. Out of this 24, he prevented 14 of them from being sworn-in. A lack of respect for you the people who voted for those legislators.

“Today he now comes round as a democrat, wanting you to vote for him. Please, I appeal to you: reject him.

“Several institutions and leaders of our country appealed to him to respect constitutional democracy. But he rejected all entreaties. He rejected the appeal from the national assembly.

“When Attorney General of the Federal Republic of Nigeria enumerated the path of honour and the constitution of the country, rather than obey and respect the law, he vandalised the state house of assembly in Edo by removing the roofs, pouring gravels on the entrances of the house of assembly only to prevent these 14 members from being sworn-in.

“Now he’s asking for your votes, our dear people. Is this a democrat? No. He does not deserve any democratic ballot paper. Don’t vote for him, I appeal to all of you.

“While maintaining peace and non violence on the day of the election, like he rejected the 14 members, you should reject him at the polls. Thank you very much,” Tinubu concluded.

He wants Edo people not to vote for Gov Obaseki because he was not part of democracy struggle.

Shebi na him & Buhari who he supports marched together in the struggle for June 12?

Is it hypocrisy or that dust they say he sniffs talking? pic.twitter.com/zs3WN8afov

KanyiDaily recalls that Nollywood actor and member of the Lagos State House of Assembly, Hon Desmond Elliot, had declared that Bola Tinubu is his godfather.

He stated reacting to the “Edo no be Lagos” re-election campaign slogan adopted by Governor Obaseki, ahead of September 19th Edo State governorship election. 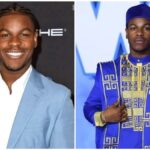 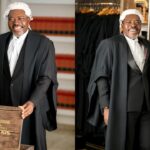