KanyiDaily recalls that Lil Frosh was called out on Monday by the brother and manager of the girlfriend, for allegedly beating Gift Camille to a pulp and threatning to release her naked videos which he recorded.

Lil Frosh just got officially signed into DMW on September 24, 2020, after leaving his former label “Aloma Music Worldwide” for what he termed “irreconcilable differences” and this new contract has been terminated just 12 days later.

In a statement released on his Instagram page on Tuesday, October 6, Davido said his music label ‘DMW’ does not condone domestic violence, adding that Lil Frosh’s contract is terminated with immediate effect.

“In light of recent allegation made against Mr Sanni Goriola Wasiu a.k.a. Lil Frosh, we would like to state that as a record label, domestic violence is not a trivia matter and we will never support or condone such behaviour.

“There is no excuse for the actions of Lil Frosh and we understand that there is nothing that can be said or done to take away the insensitivity shown.

“Upon internal investigations carried out by the label, we are left with no option than to terminate the recording contract that exists between the label and Lil Frosh, effective immediately.

“We hereby immediately severe all affiliations with Mr Sanni Goriola Wasiu a.k.a. Lil Frosh. Once again, we do not condone domestic violence and stand with all victims of domestic violence,” the statement read.

READ:  Jennifer Lopez And Ben Affleck Get Married 18 Years After Calling Off Their Wedding

KanyiDaily had reported how Davido took Lil Frosh to a Fendi store in Dubai for a shopping spree after he signed the singer to his music label. 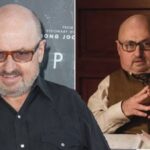