A video circulating on the social media shows the moment some youths were negptiating with Nigerian soldiers about looting a warehouse containing COVID-19 palliatives in Delta State.

In the video, an officer who led a team of patrol team could be seen querying the youths to explain their presence outside their homes during the curfew time.

The youths said they were heading to a warehouse housing COVID-19 palliatives.

In response, the youths answered in the affirmative and noted that people in other states have gone to storage facilities to take palliatives.

“Nobody is carrying gun here. We are going to take our things peacefully. Other states have taken their own, there are videos”, they replied in unison.

Some are planning and even negotiating with the Army. 😂😂😂

In the last few days, COVID-19 palliatives warehouses in Lagos, Osun, Kaduna, Edo, Cross River, Kwara, Plateau, Adamawa and many other states have all been looted by angry youths in the states.

Earlier today, Some residents attacked and looted a warehouse filled with COVID-19 palliatives at Kwana-Waya in Yola, the Adamawa State capital. 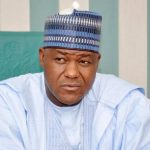 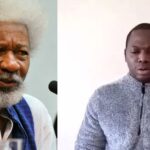